US nuclear weapon sites in Europe revealed through learning apps 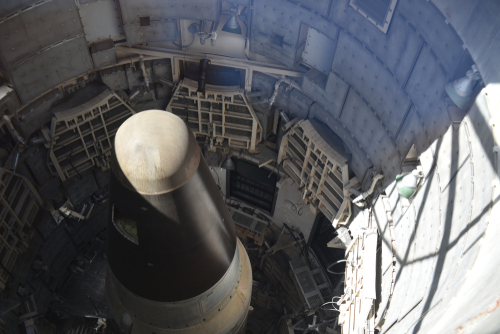 Brussels (Brussels Morning) US troops in charge of managing and safeguarding the country’s stockpile of nuclear weapons in European countries have inadvertently revealed top secret details of their work, including the locations of some weapons, by using online learning aids.

Investigative outlet Bellingcat revealed the extent of the security breach in its in-depth analysis on Friday. The investigation was based purely on publicly available data, which means anyone knowing what to look for could have already found all the highly classified information.

As handling and securing nuclear weapons requires detailed and complex security protocols, many US troops stationed in Europe have turned to online sites designed to assist students when studying for exams, usually by creating digital “flash cards”, which hold a question on one side and an answer on the other side.

The problem is that some of these websites retain the cards and have them publicly available for other users, which makes it easy to find them if one knows the exact terms to search for. Bellingcat claims to have used search terms “publicly known to be associated with nuclear weapons”.

The troops were using flash cards on sites such as Quizlet, Chegg Prep and Cram to memorise a host of sensitive information, including codes, jargon, the status of nuclear vaults and a lot of other information, such as secret duress words that guards can use to signal being threatened, and even the positions of cameras or frequency of patrols around the storage vaults.

The information on the cards can be used to determine not only the sites currently housing US nuclear stockpiles, but even the exact shelters with “hot” vaults that likely contain nuclear weapons.
The publicly available cards revealed information on several European bases, including in Germany, the Netherlands and Turkey. The flashcards dated from as far back as 2013, with the most recent dated April 2021. All the discovered cards were taken offline before the publication of the article, as Bellingcat contacted NATO and US military command for comment before publishing.