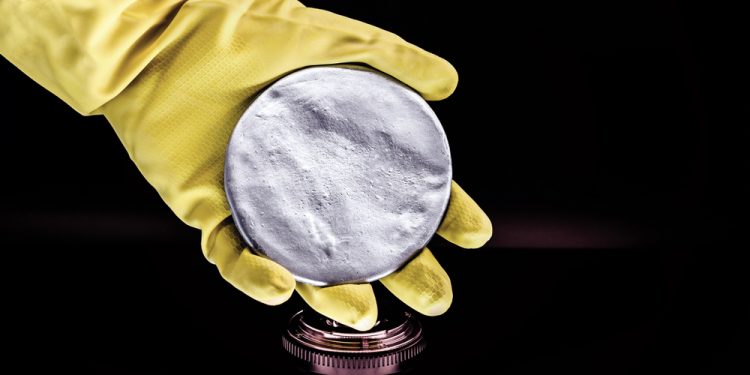 Enriched uranium produced in the Middle East. Radioactive element used in nuclear research. Chemical component responsible for the political crisis between the United States of America and Iran

Belgium (Brussels Morning Newspaper) The US is becoming increasingly sceptical that the lapsed 2015 Iranian nuclear treaty could be salvaged, and is preparing to tighten the sanctions against Tehran and act with Israel and other allies in response to any potential “escalation”.

The so-called Joint Comprehensive Plan of Action (JCPOA) was reached in 2015 between then presidents Barack Obama and Iranian moderate Hassan Rouhani, and it provided Iran with reprieve from international sanctions in return for setting hard limits on the country’s nuclear programme, which were designed to prevent Tehran from developing nuclear weapons.

In 2018, US President Donald Trump unilaterally abandoned the deal, which was signed and guaranteed by all permanent UN Security Council members, plus Germany and the EU. In response, Tehran engaged in an escalating series of breaches of the limitations to its nuclear programme set in the treaty.

While US President Joe Biden expressed willingness to return to the negotiating table and try to revive the treaty, the talks between all original signatories, taking place in Vienna, were additionally complicated as Rouhani’s term ended, and he was succeeded by ultra-conservative hardline cleric Ebrahim Raisi, who took a much more adversarial stance in the negotiations.

In a prepared congressional testimony on Wednesday, US Special Envoy for Iran Rob Malley admitted that the chances of reviving the treaty are now at an all-time low. “We do not have a deal with Iran, and prospects for reaching one are, at best, tenuous,” said Malley.

The US envoy stressed that Washington was ready “to continue to enforce and further tighten our sanctions,” and “to respond strongly to any Iranian escalation, working in concert with Israel and our regional partners.”

Israel, which has strongly opposed the JCPOA in the past, has repeatedly warned that it would not allow Iran to develop nuclear weapons, claiming that a nuclear-armed Iran would represent an existential threat to Israel. Analysts believe that Israeli intelligence agencies are behind a range of assassinations of top scientists in the Iranian nuclear programme, as well as behind several incidents of sabotage that took place in Iranian nuclear facilities.