US hopes to reach deal on metal tariffs with EU 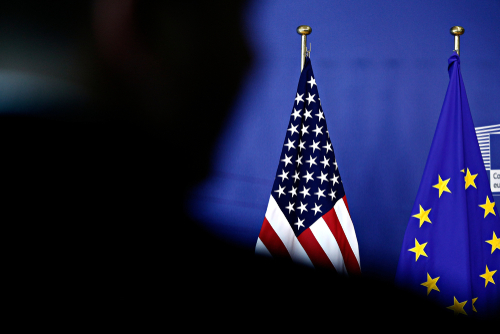 Brussels (Brussels Morning) The US hopes to reach a deal with the EU on aluminium and steel tariffs by the end of the month, according to a source close to the discussions.

US Trade Representative Katherine Tai attended a meeting on Tuesday with European Commissioner for Trade Valdis Dombrovskis, who, just last month, revealed he was “moderately optimistic” that a deal could be reached, Reuters reports.

The anonymous source noted “we’re hopeful we can reach agreement by the end of the month.”

Yesterday, the Office of the US Trade Representative (USTR) indicated that Tai and Dombrovskis had talked about “ongoing efforts to address global overcapacity in the steel and aluminium sectors and shared challenges posed by non-market economies.”

In May, Tai and Dombrovskis agreed not to escalate the dispute over the tariffs for at least six months in order to allow more time for an agreement to be reached.

They struck a deal in June that paused the 17-year dispute over aircraft subsidies, conceding that the EU and the US face a bigger threat from China’s efforts to develop and expand its aircraft industry.

China more of a threat

US and EU officials have been in agreement for a long time that overproduction of metals in China weakens global prices.

According to a steel industry source, the US and the EU are close to a deal that would permit duty-free imports of steel from the EU up to a specified volume, over and beyond which tariffs would apply.

The source noted that negotiations were “going well,” but did not say whether the two sides would reach an agreement by the end of the month.The same source said that EU negotiators want to base duty-free quotas on US import levels in 2018, which predates the introduction of 25% tariff on steel and 10% on aluminium – meanwhile, their US counterparts are seeking lower quotas.