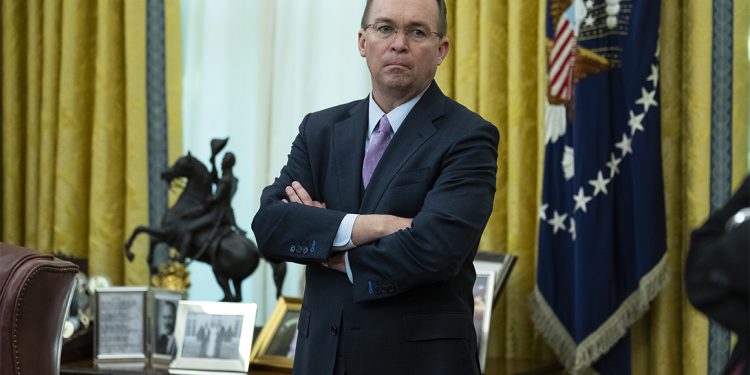 In a visit to Dublin, Mulvaney reiterated the UK government’s messaging the bill was a safeguard, should an EU-UK trade deal not be agreed before the end of the transition period.

“The contingent nature of the bill is lost on too many folks,” he said.

Mulvaney was to meet Taoiseach Micheál Martin later on Monday and Sinn Féin president Mary Lou McDonald before heading to Belfast to meet Northern Ireland First Minister Arlene Foster. Mulvaney is also due to arrive in London this week as the ninth round of EU-UK talks gets underway.

Both parties to Britain’s withdrawal from the EU are under pressure to come to an agreement in October in time for the 31 December end date.

Earlier this month, the UK government introduced the internal market bill causing concern that it breached international law and overrides parts of the Withdrawal Agreement.

However, parties involved in negotiations remain committed to finding an agreement.

“We have a situation where there is so much to be lost by not having an agreement”, explained Mulvaney, “politicians usually muddle together at the end to get an agreement.

“It is not pretty, and it is certainly not efficient. To an outsider, it looks like a big breakdown in the process, but that is the process”.

One of the criticisms of the new bill has been its potential to break the Good Friday Agreement.

The Irish American envoy said, however, he believed the British government was “intimately familiar with the fragility of the peace process in the North”.

US Democrats have also expressed concern over the bill, but the former Republican congressman said, “Some American lawmakers would be well-served to take a half-a-step back and look at it with cool heads, and realise that it is not an immediate threat to the Good Friday Agreement”.

Mulvaney also hinted that President Donald Trump would be wholly interested in visiting Ireland on St. Patricks Day, saying, “Getting the president to come here is like pushing against an open door”.