US could become ‘safe haven’ for corporate abusers, activists warn 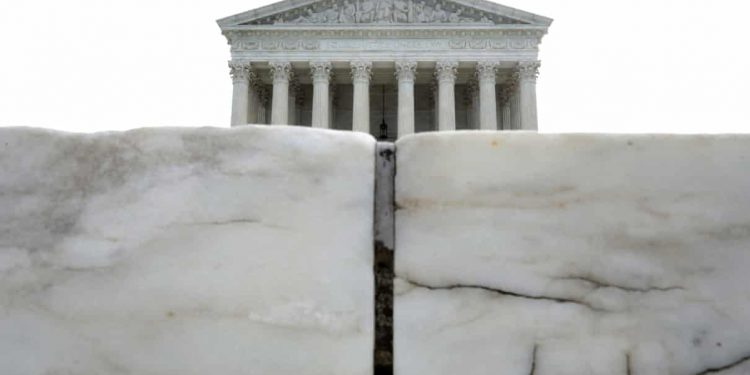 US corporations could be able to commit human rights violations overseas with almost no legal sanction, effectively turning the US into a “safe haven” for corporate abusers, campaign groups fear.

Human rights activists are concerned that the US supreme court is gearing up to reinterpret a centuries-old law that has been widely used by foreign victims of slavery, trafficking and other abuses to claim redress in US courts.

The possible change arises from a legal challenge by multinational firms Nestlé and Cargill to a ruling that allowed a lawsuit lodged under the disputed Alien Tort Statute to be brought against them for “aiding and abetting” forced labour in Ivory Coast’s cocoa industry.

The companies argue that the law in question, which dates back to 1789, only applies to individuals and cannot be used to indict corporate entities.

“If they win this appeal, they will have succeeded in denuding the major human rights tool that activists have in court,” said Terrence Collingsworth, executive director of International Rights Advocates, a US non-profit representing the plaintiffs in the case.

Should the US supreme court reinterpret the law in the companies’ favour, victims would need to prove the culpability of individual decision-makers within the accused corporations to bring a case under the Alien Tort Statute.

“It is virtually impossible to imagine how we could get enough evidence to sue any individual at these corporations … so this would effectively allow [some companies] to continue using child slaves with impunity,” Collingsworth added.

The original case brought against the companies in 2005 concerned the alleged kidnapping of six Malian children and their subsequent treatment in the Ivory Coast. The plaintiffs allege they were made to work for up to 14 hours a day without pay and were physically abused.

Nestlé and Cargill deny aiding and abetting forced labour and say they are not liable under the Alien Tort Statute.

Both companies said they condemned the use of child labour. Nestle added that all parties involved in the case agreed the company did not engage in child labour. Cargill said the plaintiffs do not allege they worked on farms from which the company purchased cocoa.

The case has ping-ponged between district and circuit judges for the past 15 years. The latest ruling in 2018 backed the plaintiffs. A circuit court in California judged the allegations “plausible” and ruled that the companies could be held liable under the tort.

US human rights organisations expressed alarm but not surprise at the supreme court’s decision last month to review the companies’ case.

The Alien Tort Statute has come under sustained attack from business groups since its adoption in the late 1990s by human rights activists. In 2017, the supreme court had already ruled that non-US corporations could not be sued under the legislation.

According to Charity Ryerson, executive director at the campaign group Corporate Accountability Lab, the appeal represents a “nail-in-the-coffin moment” for corporate accountability. “If this case survives, it will change everything. If this is shut down, it will be the final straw.”

The latter scenario would incentivise companies to become “lazier” about monitoring their supply chains and “potentially more abusive” in their operations, she added. The exception would be human trafficking, for which corporations can still be held liable under the US Trafficking Victims Protection Act.

“If in the United States we cannot file cases against US companies that have violated human rights overseas, when we have jurisdiction over them here [in US], then we are creating a safe haven for human rights abusers,” Ryerson argued.

In a statement, Cargill said the company does not tolerate human trafficking, forced or child labour in its operations or supply chain. “We take steps to understand potential problems, while continuing to work actively to protect human rights, with a firm commitment to protecting the rights of the child worldwide.”

It added: “We are committed to achieving zero incidents of child labour in our cocoa supply chain by 2025. If violations are identified, we take immediate steps to suspend the supplier.”

A Nestlé spokesperson maintained that child labour in foreign countries is a “complex, global social problem”. It said the company now has “explicit policies against it”, including a monitoring and remediation system designed to engage with households where children are at risk and provide remediation measures.

“This lawsuit does not advance the shared goal of ending child labour in the cocoa industry because it does not address the root causes of the issue and will not improve the conditions in west Africa,” a spokesperson for the company continued.

“All involved agree that Nestlé never engaged in the egregious child labour alleged in this suit,” the spokesperson added, noting that all the cocoa used in its US products is now certified under the UTZ sustainability standard.

The supreme court is scheduled to commence appeal hearings in the autumn.