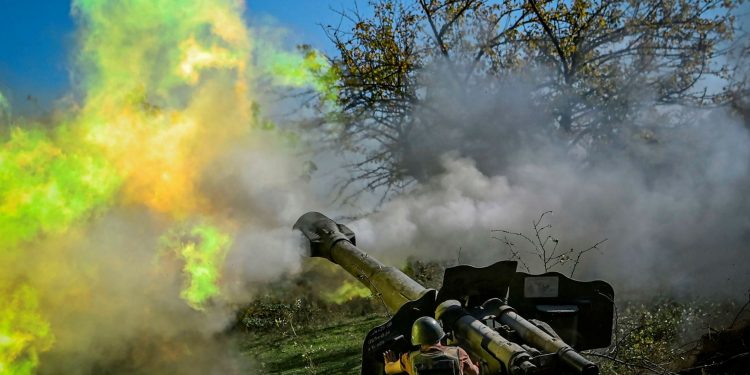 Brussels (Brussels Morning) After reaching a ceasefire agreement in a US-brokered deal on Sunday, Armenia and Azerbaijan resumed hostilities on Monday, accusing each other of restarting the conflict, BBC reported yesterday, Monday.

The two neighbouring countries accused each other of violating the ceasefire just minutes after it came into effect on Monday.

Hostilities in the Nagorno-Karabakh region flared up at end September, with Armenia and Azerbaijan reaching and breaching two ceasefire agreements earlier this month. The latest ceasefire, announced Sunday in a joint statement by the governments of Armenia, Azerbaijan and the US , came into effect at 04:00 GMT.

The latest ceasefire was the outcome of talks between US, Azerbaijani and Armenian officials on Friday, their joint statement noting that the US facilitated negotiations between Armenia’s Minister of Foreign Affairs Zohrab Mnatsakanyan and his Azerbaijani counterpart Jeyhun Bayramov.

According to the statement, the warring parties had agreed to the terms of ceasefire agreements reached in Moscow on 10 October, and later in Paris on 17 October. The three co-chairs of the Organisation for Security and Co-operation in Europe (OSCE) Minsk Group had mediated ceasefire agreements in the last month, to no avail.

The latest military death toll released by Armenia stands at 974, with 37 civilian casualties, while Azerbaijan has not revealed military casualties citing martial law censorship requirements, but did say that 65 civilians have been killed, with more than 300 wounded.

OSCE mediators are to meet on Thursday to discuss further plans. Meanwhile, the Islamic Revolutionary Guard Corps (IRGC) noted that it had deployed forces along the border with Armenia and Azerbaijan on Sunday, their aim being the protection of national interests as well as maintaining peace and security.