US and Germany preparing treaty on Nord Stream 2 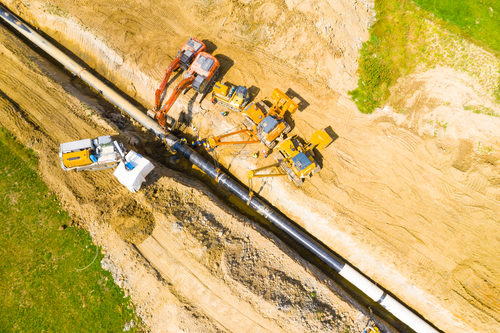 Brussels (Brussels Morning) The US and Germany are reportedly preparing to make a deal on the Nord Stream 2 pipeline, which would allay most of Washington’s concerns over the Russian-German energy project, keeping it free of US sanctions in the future.

While German Chancellor Angela Merkel and US President Joe Biden “agreeing to disagree” on the controversial pipeline during her visit to Washington last week, Reuters reports that the two sides are willing to iron out an agreement which would effectively end Washington’s opposition to the project.

The proposed deal would reportedly include commitments from both sides to secure investments for Ukraine’s energy sector, which faces the biggest risks with the opening of the new pipeline. The increased capacity in the Baltic Sea route could enable Russian gas companies to bypass Ukraine entirely, denying Kiev the transit fees that Ukraine’s economy depends on.

According to sources contacted by Reuters, the Washington-Berlin deal would also include a German pledge to “reverse flow” gas to Ukraine should Moscow cut off the country from its gas supply.

Despite Biden’s opposition to the pipeline, which the US claims would increase European dependence on Russian gas, the new US President suspended the sanctions against companies involved in the project in May, making a gesture of good will towards Germany, as well as lifting the pressure off the continuing negotiations.

Merkel previously objected to the sanctions, insisting that the project is a strictly commercial enterprise between private partners. If Berlin and Washington reach the planned agreement, the sanctions against Russian and European firms taking part in the pipeline’s construction are likely to remain lifted indefinitely.