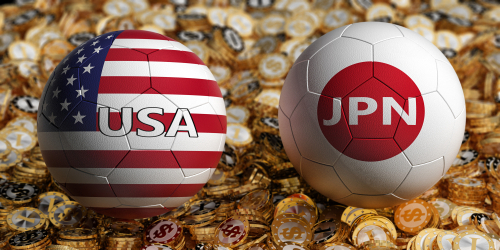 Brussels (Brussels Morning) Having ended its long-standing dispute over aluminium and steel tariffs with the EU, the US has agreed to start similar talks with Japan.

After a bilateral meeting in Tokyo, Japan’s Ministry of Economy, Trade and Industry (METI) said that the US has agreed to start talks on metals tariffs, Reuters reported.

US Secretary of Commerce Gina Raimondo met with Japan’s Minister of Economy, Trade and Industry, Kōichi Hagiuda, in Tokyo today.

An METI official did note afterwards that the two had not discussed specific measures. Nor had they set a date for the start of the talks.

On Friday, the US announced plans to start talks to ease tariffs on Japanese aluminium and steel imports which have been causing friction between the two countries.

Earlier this month, Japan called on the US to rethink the tariffs that were introduced in 2018 by the Trump administration.

Hiroyuki Hatada, Director of the Americas Division at the METI, said that Japan “again” asked Washington “for a complete resolution of the issue of additional tariffs in a way that is consistent with World Trade Organization (WTO) rules as Japan has been asking since 2018.”

The US recently agreed with the EU to allow “limited volumes” of metals imports from the bloc while maintaining tariffs of 10% on aluminium and 25% on steel.

Commenting on the deal with the EU, Hatada noted “as far as we can imagine, when we talk about a complete resolution in a manner consistent with the WTO, we are talking about elimination of the extra tariffs.”

The METI noted that the US and Japan also agreed to launch the Japan-US Commercial and Industrial Partnership (JUCIP), with a view to strengthening supply chains and industry competitiveness, among other objectives.