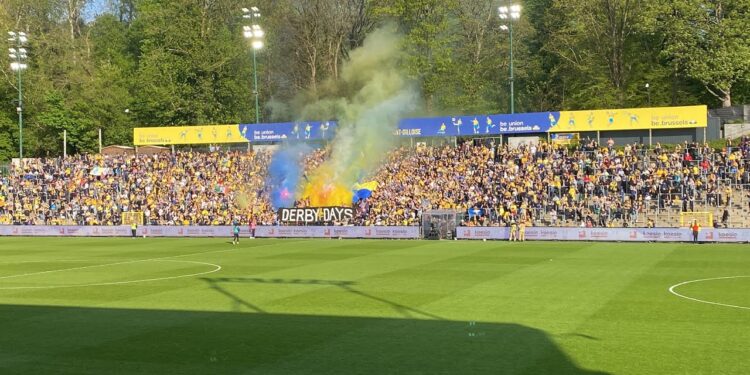 A week later, on Thursday 15 September, the first home game will follow, against the Swedish Malmö. The three home games will be played in the stadium of Oud-Heverlee Leuven .

The first round concluded on 6 October with a move to Sporting Braga. A week later, Union played host to the Portuguese.

On the fifth day of play there will be a move to Malmö on October 27, the sixth and last day of play will be finished on November 3 with a home game against Union Berlin.

For the Brussels club, which was eliminated by the Scottish Rangers in the third and penultimate preliminary round of the Champions League and could thus use the safety net of the Europa League, it is the first European participation since the 1964-1965 season.

The club was therefore divided into the fourth pot, making a difficult draw possible.

With Braga, Malmö and Union Berlin there was no unfeasible card. Braga was last season’s number four in Portugal and a regular in the Europa League, where they were quarter-finalists last season.

In the same competition she already played against Standard, Club Brugge and AA Gent in the past.

At Malmö we find an old acquaintance with attacker Isaac Kiese Thelin (ex-Anderlecht). After 19 match days, they did not get further than fifth place in the Swedish highest division. Just like Union, they come from the preliminary rounds of the Champions League, in which they were eliminated by Zalgiris.

In the Europa League preliminaries, they passed Dudelange and Sivasspor towards the group stage. They played in the group stage of the Champions League last season.

Union Berlin was the surprise in the Bundesliga last season, with a fifth place. It is only their fourth European campaign ever. Last season they lost in the group stage of the Conference League.