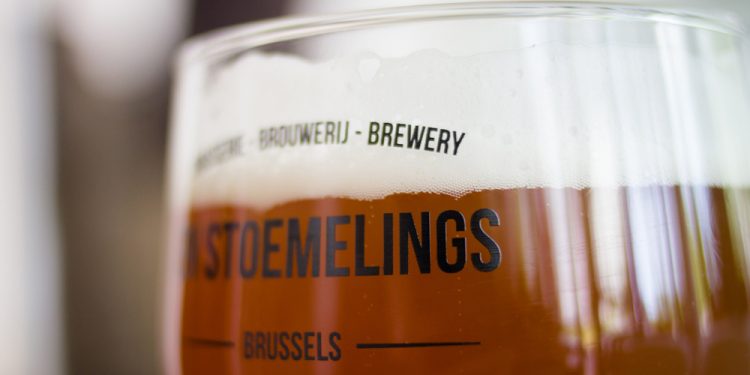 Belgium, (Brussels Morning Newspaper) The Brussels football club Union-Saint-Gilloise surprises not only on the field but now also off the field. The current number one in the Jupiler Pro League will present its new beer “1897” on Tuesday, after the club’s founding year. To this end, Union has teamed up with the Brussels brewery En Stoemelings. In the past, the football club already worked together with the Cantillon brewery. 1897 is a lambic Saison beer with an alcohol percentage of 5.7 percent.

According to Jean Van Roy, the head of the Cantillon brewery, Union’s current success is accompanied by a renewed interest in gueuze, the brewery’s specialty. Lambic became less popular in the 1960s but reappeared on the scene about ten years ago. “At Union, this has been revived since their return to the second division in 2014,” said Van Roy according to a report by BRUZZ.

Cantillon has, therefore, been associated with the Brussels club for some time. “In 2004, we launched the ‘Cuvée des Champions’ to celebrate the centenary of Union’s first league title.” The beer was included in the permanent range under the name ‘Cuvée Saint-Gilloise’. But the lambic turned out not to be a typical supporters beer, says Van Roy. The brewer is now looking forward to the new collaboration between Union and the young brewery En Stoemelings.

En Stoemelings was founded in 2015 in the Marolles and is now located near Tour & Taxis. The brewery has been a partner of the football club since last year. “For a small brewery like ours, it’s quite a financial effort, but it makes us incredibly proud to show our name off the field,” says Samuel Languy, co-founder of En Stoemelings.

And Stoemelings created “1897” exclusively for Union. The beer will be available in “Club House”, the favorite pub of many Union supporters, in the club shop and the brewery itself, as well as in various Brussels sales points.

While Cantillon may have been the obvious choice before, Languy assures En Stoemelings is also a suitable option for the partnership. He also compares the resounding success of the Ph.D. student with the emergence of various Brussels breweries in recent years, including En Stoemelings.