Union fever: ‘Every time I think about the title, I get nervous’ 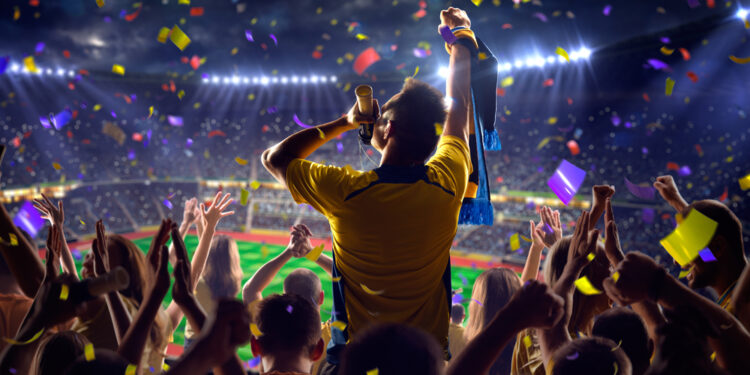 Brussels, (Brussels Morning) – The week of truth has arrived for Union and its fan base. On Sunday afternoon and Wednesday evening they played against direct competitor Club Brugge. If they win both matches, the title is in. Tension is starting to rise among the fans. “It would be very symbolic to win the title after all these difficult years.”

Before the Second World War, Union was the club of the city, in 1935 they won their last national title. Afterwards Anderlecht came to the fore. “But who knows, now in the 21st century it may be Union’s turn to be the best again,” hopes loyal supporter Emily.

Emily (41) is an employee in an HR company and a huge fan of Union SG. “I ended up at Union in 2004 because of love.” She told BRUZZ, she does not dare to say aloud that as a supporter after 18 years she can dream of the title. “Every time I think about the title, I get nervous.” When colleagues at work ask questions about the competition, Emily avoids them. “I’m afraid it could bring bad luck.”

As usual, Emily will follow Sunday’s match in the Mariënstadion. “We always go very early, so that we are completely in the mood.” Early, that means next Sunday around noon, because the kick-off will be at 1.30 pm. “Our task as a supporter is mainly to stay behind the team, even if it would be a lesser game.”

“If we win on Sunday, I think the title is possible. If we don’t win on Sunday, there will be doubts until after the game at Bruges.” One win and a draw is enough, according to Emily. “Unfortunately there are no more places for Wednesday’s away game. I will follow the race with a cold beer and some friends in my living room or on the big screen in Schaerbeek.”

Even if Union ends up missing the top prize, Emily will continue to encourage her team. “Unionist in the coffin and it is true, if you come to Union you will never leave.” Emily already aired her supporters’ hearts in our BRUZZ radio broadcast a while back. “That brought luck back then, maybe this interview is also a good sign.”