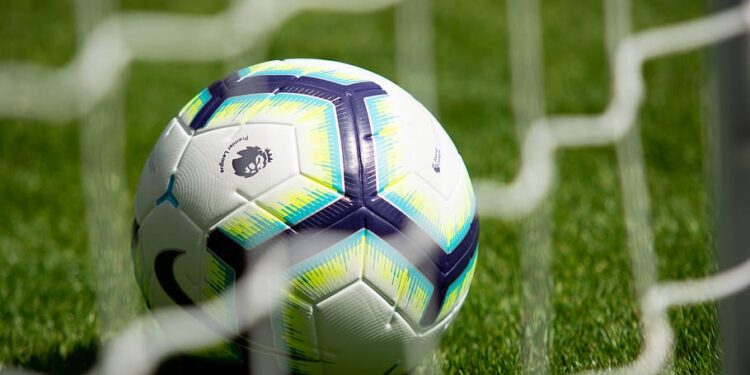 BRUSSELS (Brussels Morning) – Will we get three more Brussels football clubs in the highest division of Belgian football for the first time since 1973? That is the question we will know the answer to on April 30th. Then RWDM will play the last game of the promotion final against Seraing for a place in 1A. In the meantime, PhD student Union is looking for a more spacious stadium for European matches, including Leuven.

These are the heydays for professional football in Brussels. Union is already the best PhD student ever in the history of Belgian football. Last weekend, after a convincing 1-3 win over Standard, it crowned itself champion of the regular competition.

And that was a match day before the end of the competition. With 74 points from 33 games, it also easily surpasses the previous record holder. In the 1996-97 season, Mouscron had 60 points after the same number of matches.

There seems to be no end to the Unionists’ tough course. And that actually started last year in 1B. Because then L’USG was outstanding with 70 points from 28 games. If the club manages to go all the way this year and play champions, it will be an absolute first.

In comparison to the larger European competitions, only in England and the Netherlands did a PhD student once take the national title. That alone proves once again how exceptional this feat of strength from Union could be.

In order for the dream to become a reality, there is still a lot of work to be done in the Champions’ Play-offs. In it, the four best teams of the regular competition compete for the national title and the European tickets for next season. Blue-yellow starts without any accidents with a small bonus of three points on first pursuer Club Brugge. That is due to the halving of the points for the top four in the last straight.

The chance that we will see two more Brussels derbies in the Champions Play-offs has increased somewhat after this weekend. Anderlecht won at home from Charleroi and big competitor AA Gent lost points on the field of Cercle Brugge.

The first four places are thus occupied by Union, Club Brugge, Antwerp and Anderlecht. The first three are already sure of their spot. Only Anderlecht can still drop out if it hits the field of KV Kortrijk on the last match day and Ghent wins its game at home against Oud-Heverlee Leuven.

European in Leuven or Brussels?

Unlike Anderlecht, Union can already start preparing for European football. The last time the people of Brussels appeared on that stage dates back to 1964. With 58 years between two European campaigns, that is also a record. On September 23, it lost in the first round of the Inter-Cities Fairs Cup at home to the Italian Juventus, which is exactly the same age as Union.

For the European comeback, the club has to look for another football temple. Because the ancient, yet sympathetic Joseph Mariënstadion does not meet the requirements. The club is therefore thinking of the King Baudouin Stadium or the King Power Stadium of Oud-Heverlee-Leuven.

“The negotiations for this are still ongoing. There is a chance that we will complete any preliminary rounds in Leuven and then move to the Heysel later in the group stage. Although that is also not certain, with the Memorial Van Damme and the arrival of music group Coldplay to Brussels,” says spokesman Maarten Verdoodt.