UNHCR claims EU is jeopardising the concept of asylum 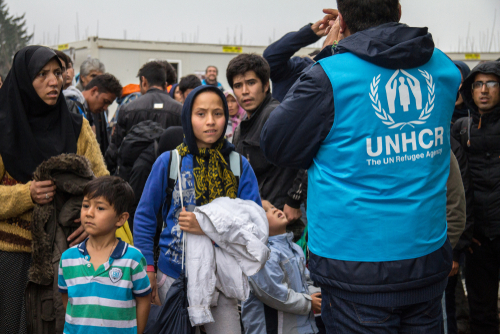 BERKASOVO, SERBIA - OCTOBER 10, 2015: Worker of the UNHCR, the United Nations Agency for refugees, managing a crowd of youg women at the border between Serbia and Croatia

The UN body asserts illegal treatment of refugees at the bloc’s external borders is increasingly common, with refugees who arrive on boats being turned away and those who manage to disembark being forced back onboard and the boats then being forced to leave.

Gillian Triggs, UNHCR Assistant High Commissioner for Protection, noted the “UNHCR has received a continuous stream of reports of some European states restricting access to asylum, returning people after they have reached territory or territorial waters, and using violence against them at borders.”

Triggs did not name any countries or sources of the reports, but warned that illegal pushbacks “are carried out in a violent and apparently systematic way.” The UNHCR official observed that many people who had been turned back claimed they were abused and attacked by state forces.

“Respecting human lives and refugee rights is not a choice, it’s a legal and moral obligation”, she declared. Arrivals to the bloc have been in decline over recent years, she added, a situation the EU should be able to manage.

Triggs expressed regret that “the issue of asylum remains politicized and divisive despite such declining numbers,” and pointed out that under UN rules, the EU is obliged to assess each case individually.

Noting that people who enter the EU from neighbouring countries are being turned away without it even being ascertained as to whether they are in need of protection, the UNHCR  said it had called on EU member states to investigate alleged violations.

The UN agency said some bloc members are hosting a disproportionate number of the arrivals and that other EU member states should take in more migrants.