Under the skin: What stirs the artistic soul Marc-Henri Wajnberg? 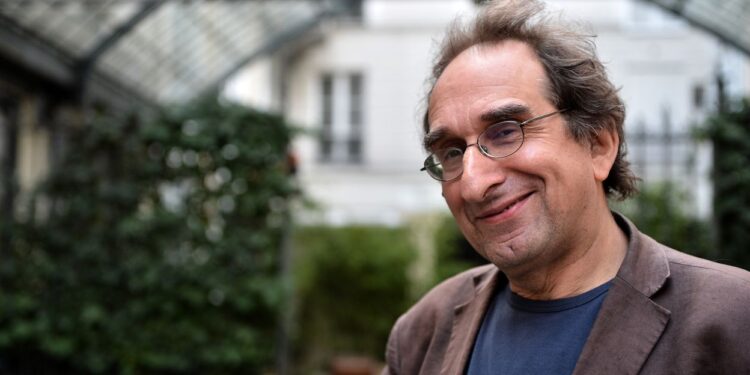 Brussels, (Brussels Morning)- Marc-Henri Wajnberg has been making films since the seventies. If we count his short films, he already has more than 2,800 works to his credit. In his latest film I Am Chance , he gives voice to Chancelvie and her friends, street children endowed with enough strength and imagination to survive in Kinshasa. “I don’t want to talk only about the suffering Congo.

It’s a busy time for director Marc-Henri Wajnberg, but he likes it. Between a pitching workshop at the Brussels Short Film Festival and the cinema release of his Congolese documentary I Am Chance , Cinema Nova is showing the film with which it all started 45 years ago: Happy as a baby in the eau (1978), on births without violence. “The gynaecologist who introduced violence-free births in Belgium was a friend of mine. The documentary had a huge impact,” says Wajnberg.

He estimates the number of films he has made since then at 2,800 said BRUZZ. Including 1,200 episodes of Clapman , small eight-second comedy videos in which he performs a movie clapperboard, and 40 short animated films he has made with Wolinski, the French cartoonist who did not survive the Charlie Hebdo attacks . “Belgium sent my feature film Just Friends(1993), with Josse De Pauw in the role of a jazz musician, at the Oscars. I also directed various documentaries. For a music manager friend, I went to Kinshasa to film a music group that couldn’t get a visa to travel. In the end, they didn’t manage to come, but Kinshasa changed my life. I was fascinated by the mind-blowing, noisy and polluted side of this metropolis of 17 million inhabitants, full of energy, power and resourcefulness.

After a web film on Kinshasa, the Brussels resident also made a feature film about a group of street children who were trying to have a better life by creating a music group. Venice, Toronto and New York are three of the seventy film festivals to have selected Kinshasa Kids (2012). “Afterwards, I took care of the children. During the casting, they hardly dared to look me in the eye. After the movie, they really thought of themselves as actors and even spoke up. Suddenly they had plans. In a very rich country where there are above all a lot of poor people, it’s simply magnificent.

In 2020, Wajnberg surprised with a virtual reality film immersing viewers 360 degrees into the reality of street children in Kinshasa. Kinshasa Now (2020) premiered at the Venice Film Festival. At Bozar, videos showed what had happened to the children in the film. “One of them became a pastry chef. The daughter of Kinshasa Now , the striking Chancelvie, has chosen to continue living on the streets. When Wajnberg found out she was pregnant, he rushed to Kinshasa to shoot the documentary I am Chance .. “Chancelvie has lived on the street since she was eight years old but is full of vitality. She is so precious, talkative, energetic and powerful. She also really wanted the movie. In I am Chance , Chancelvie and her friends Shekinah and Dodo speak out. “There are 35,000 street children in Kinshasa. They value their independence and freedom. But it is a tragic false freedom. Their life expectancy is very low. They are victims of rape and abuse and are forced to gather in gangs. Street life often costs them their lives. But I don’t want to mention only the suffering Congo. I want to show the beauty of children and artists.

Social commitment is part of Wajnberg’s DNA. “Perhaps it is due to my upbringing? I know I had a left-wing upbringing. As a child, I was a Pioneer. I directed the documentaries Evgueny Khaldei, photographer under Stalin and Oscar Niemeyer, an architect engaged in the century. The social field attracts me. If I weren’t making films, I know I would want to help these Congolese children. It’s in my nature. My Congolese friends have understood this well, I constantly receive calls asking for help. It does not bother me. I like this. What I do is useful. I realise now that our life here is very comfortable. Here, the children are whining for a Playstation. In Kinshasa, they fight to eat. And it touches me. “I am not necessarily looking for difficulties, although it may seem so. A white man shooting a virtual reality movie in a tense time just before the election is not easy. I like to walk in the streets. Therefore, many adventures have already happened to me. Good ones, less good ones and bad ones. It allows me to be close to people. Every time I come back from filming in Kinshasa, I’m exhausted. But after a few days, I already miss Kinshasa.I am Chance was a challenge but I’m proud of the result. It’s a strong, sad, joyful, energetic film and it shows the talent of artists and children. As soon as we take care of these children, we discover their talents.