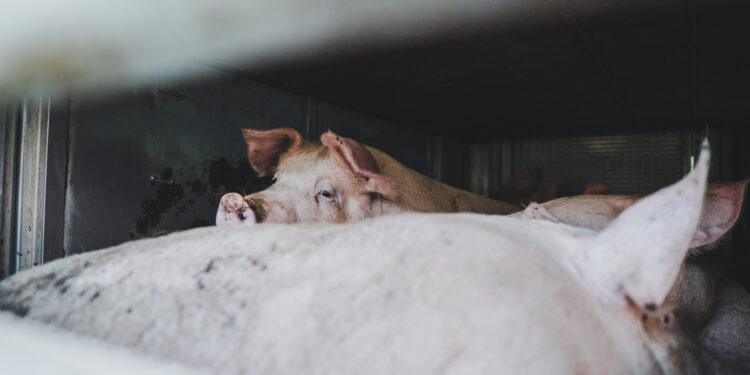 Brussels, (Brussels Morning)-  It remains extremely unclear in which direction the vote on the ban on slaughter without stunning will go during Friday’s plenary session of the Brussels Parliament. On the French-speaking side in particular, almost all political groups seem to vote quite divided. So it’s going to be counting heads and seeing who is strategically absent, says BRUZZ.

Moreover, the procedure to be followed on Friday is quite complex. On Wednesday, the Environment Committee rejected by a tied vote (6 for, 6 against, 3 abstentions) the proposal for an ordinance that also bans slaughter without stunning in the Brussels Region. That proposal came from DéFI, Groen and Open VLD.

The majority voted divided: petitioners DéFI and Groen voted in favour (Open VLD has no voting rights in the committee), PS and one.brussels-Vooruit against, while Ecolo abstained. Opposition parties N-VA and MR supported the text, PVDA did not, while Les Engagés abstained. During the vote, several group leaders took the place of committee members to ensure a united vote of the group. But that is not a prelude to the vote in the plenary session, which was heard from various parties.

Since the proposal was rejected in committee, the plenary has to pronounce on the report of the committee’s activities and thus reject the text. Normally this is a formality, but because the proportions in committee and plenary are slightly different and a number of political groups in committee voted ‘strategic’, it is not clear whether the report (and thus the rejection of the ban on slaughter without stunning) will be approved.

Voting according to conscience

On the Dutch-speaking side, there is a clear majority to reject the report: Groen, Open VLD, N-VA, CD&V en Vlaams Belang. Pepijn Kennis from Agora can come to that, he told Belga on Thursday. Kennis normally abstains on topics on which the Agora Citizens’ Assembly has not expressed itself, but now has doubts because of the vote in committee in which different faction leaders voted instead of fellow faction committee members. Jan Busselen (PVDA) and two of the three members of one.brussels will approve the report, while Els Rochette on Thursday declined to answer questions about her voting behaviour.

On the French-speaking side, the matter is much more complicated. For example, the members of Ecolo can vote according to their conscience – with allegedly two significant camps – and it is very likely that also within MR and DéFI not all members will vote for the ban. The PS is said to have a majority against the ban. The French-speaking members of PVDA will vote against the ban, but not all would be present, while Les Engagés’ position was still unclear on Thursday evening.

A poll shows that the vote on the report could be very narrow, with a difference that could not be greater than two to four votes. It cannot be ruled out that some MPs will remain absent from the vote. It is not certain that the general discussion of the report on Friday morning will bring much clarity about voting behaviour. It will then remain until the vote, which is not scheduled for 4 p.m.

If the report is rejected, the article-by-article discussion of the ordinance proposal with any amendments will immediately start. And that could go either way, given the tensions within the majority on the subject and the disagreement within a number of political groups, especially on the French-speaking side.