Uncertainty About Biden in 2024 Isn’t Going Away 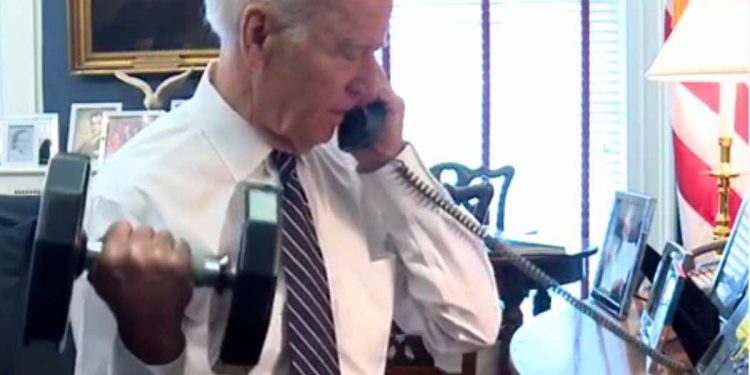 The USA, (Brussels Morning Newspaper)Almost as soon as Joe Biden became a candidate for the Democratic Party’s Presidential nomination in 2020 speculation began about whether, if elected, he would seek reelection in 2024. Initially, that speculation was focused on the question of who Biden would choose as his running mate because it seemed likely that whoever he selected for that role would be the very strong frontrunner to be the Democratic nominee in 2024. When Biden decided on then California Senator Kamala Harris as his running mate, it seemed she would likely run for the top job in 2024. Harris was an accomplished politician with an excellent resume who had done a good job in the senate during her brief four years there. She comported herself well in the general election and more or less drubbed Vice President Mike Pence when the two met in a debate. She seemed poised to be the country’s first female president within a few years.

Harris still might become the next president. The outpouring of negative press about her from several months ago seems to have subsided somewhat and she would, by virtue of her current position, resume, demographic profile and fundraising ability be a formidable Democratic primary candidate. However, Harris is in politically weaker position now than she was a year and a half ago. Additionally, Biden himself has yet to make it clear whether or not he will run for reelection.

It is very reasonable, even wise, for Biden to be coy about his plans for 2024 because as soon as he announces that he is not running he will become a lame duck with less ability to cajole members of congress or otherwise use some of the political power of the presidency. Moreover, because Kamala Harris is by no means viewed as a lock to succeed him as the nominee of the Democratic Party, if Biden announces he is not seeking reelection, the race to be the Democratic nominee will begin and be a distraction for Harris and the several senate Democrats who would like to be the nominee themselves. So, Biden needs to put that process off for as long as possible.

From a strategic perspective that makes sense, but it is still an unalterable truth that Biden is 79 years old now and will turn 82 shortly after the 2024 election. For several years now propagandists on the right have sought to portray Biden as senile, weak, not in control or a captive of the left wing of the Democratic Party. Those portrayals are inaccurate, but Biden is by most measures if not too old for the job now, would clearly be too old to serve out a second term.

Ironically, if Biden is his party’s nominated by his party in 2024, he could find himself running against a 78 year old Donald Trump who has shown signs of age related impairment in recent years. If that happens, Biden could still win the election, but it is hard to imagine a man in his early 80s being an effective president.

The question of what Biden will do about a possible second term have been around since he began exploring a 2020 candidacy. We always knew he would be very old during his first term and well into his 80s by the end of a possible second term. However, with each passing month the question becomes less abstract and more real for Biden and the Democratic Party. Concerns about age were baked into Biden’s candidacy from the very beginning, but for many Democratic primary voters that concern was secondary to the question of beating Trump. A narrative emerged after the election that Biden was the only Democratic candidate who could have beaten Trump. There is no concrete evidence to support that, but if it were true, then Biden’s advanced age was a small price to pay.

Biden has successfully avoided directly confronting the question of his age and his future plans for much of his presidency, but he will not be able to do that much longer. Given that Harris is no longer seen the inevitable nominee if Biden does not run in 2024, it will not be long before other possible Democratic candidates begin to start raising money, hire consultants, travel to early primary states and otherwise signal that they are running for President.

Unfortunately, there is no easy answer to this question for Biden. If he runs again, Biden’s age will, and should, be an issue-although it should be weighed against his likely opponent, Donald Trump, being an authoritarian bigot who is contemptuous of democracy and whose mishandling of the Covid pandemic led to the deaths of tens of thousands of Americans. On the other hand, if Biden announces that he is not seeking reelection, he will be a much weaker political force and the Democratic Party will begin to be consumed by a contested presidential primary. We were always going to get to this moment with a Biden presidency, but Biden’s ability to postpone the inevitable reckoning about his age may be coming to an end soon.