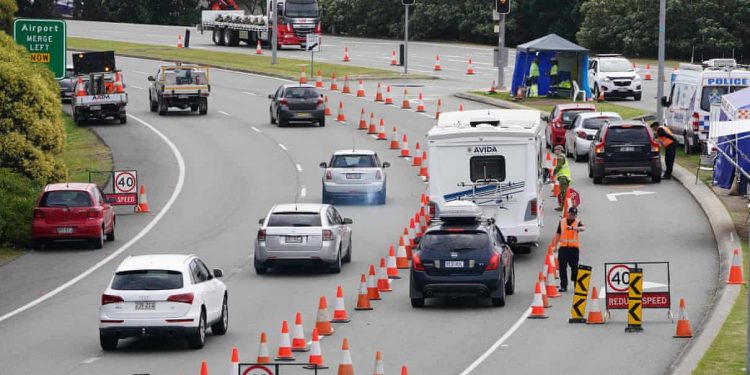 Queensland’s top health official says the sheer number of people applying for medical exemptions to enter her state is “unsustainable” following the death of an unborn twin in NSW.

Dr Jeannette Young granted an exemption to a Ballina woman pregnant with twins who required emergency surgery on Thursday, but it came only after the expectant mother had waited 16 hours and then flown to Sydney.

The woman’s father Alan Watt said one of her twins had become anaemic during surgery and died at the Royal Prince Alfred Hospital.

He hasn’t spoken with his daughter or her husband, but his wife is staying with the couple, who have had to rent an apartment in across the road from the hospital.

“It’s busted our family apart, I’m up here, her sisters and brothers are in Queensland and they’re in Sydney,” Watt told 4BC radio on Friday.

Young said emergency cases do not need to apply for Covid-19 exemptions and ambulances or helicopters won’t be stopped from crossing the border.

She said very few people have been granted other medical exemptions to enter, but she admits it’s taking her too long to process genuine applicants among the flood of requests received.

“I believe I am a compassionate person but at this point in time we are working through the process. All of these exemptions come to me and I work through them,” Young said.

“That’s not sustainable because we are getting so many requests now, we are getting very large numbers of requests, particularly from Victorians who want to come up to Queensland because they don’t want to remain in lockdown.”

The chief health officer said she has had to rigorously question whether each interstate medical exemption applicant could not get the same heath care in their own state.

“I actually genuinely believe, and we do this in Queensland, that whenever possible you should get care close to where you live,” she said.

“You shouldn’t be travelling for hours to get care, so this applies to people who live in NSW.”

“This is an absolutely tragedy about this young baby, I mean there’s a woman who’s grieving at the moment and many people know what that feels like,” the premier said.

Prime Minister Scott Morrison said the case was “terribly distressing” and called for more compassion from states that were implementing hard borders.

“Any Australian, wherever they are, who needs medical treatment should be able to access it, particularly in an emergency in any Australian hospital in any state they’re in.”