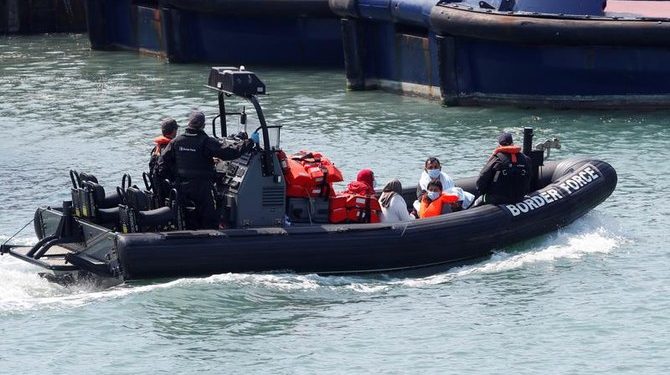 London (Brussels Morning) The UN has told the UK government it should reinitiate its resettlement programme after four people died crossing the English channel this week.

On Tuesday, an Iranian Kurdish family, including two children, aged nine and six, drowned while trying to reach Britain from France in a small boat.

The UK has faced rebuke in recent weeks after its hardline anti-asylum messaging, including leaked documents that the government was looking into offshoring its asylum processing and imposing measures it deemed would deter migrants and refugees from reaching Britain, including via wave machines.

Their deaths have sparked renewed contempt and calls to provide safe and legal routes for those fleeing torture and persecution to seek refuge in the UK.

Such legal pathways include the resettlement scheme, abandoned amid the COVID-19 pandemic, which would see the island nation take in and resettle around 5,000 refugees each year.

“UNHCR hopes that resettlement to the UK will restart very soon, once reception capacity is confirmed and any remaining logistical issues related to Covid are overcome by the authorities”, said Rossella Pagliuchi-Lor, the UN agency’s UK representative.

“The pandemic has presented new, acute hardships and uncertainties for refugees”, she continued.

The UN also launched a new series on its UK community sponsorship programme, which enables communities to support refugees resettling in the UK directly. The series documents the lives of five refugee families.

Over 7,400 arrived this year on small boats crossing the channel, quadrupling the numbers seen last year. On 2 September, a record 416 people arrived in one day.

Other fatalities have been seen on the France-UK route, including Abdulfatah Hamdallah, a Sudanese boy who died trying to row to England.

Alternative safe routes include using the family reunification scheme so family members can join those already granted refugee status. Advocates have argued expanding the definition of family could also help reunite people who depend on each other but might not be a sibling, parent or child, such as aunt or grandparent.