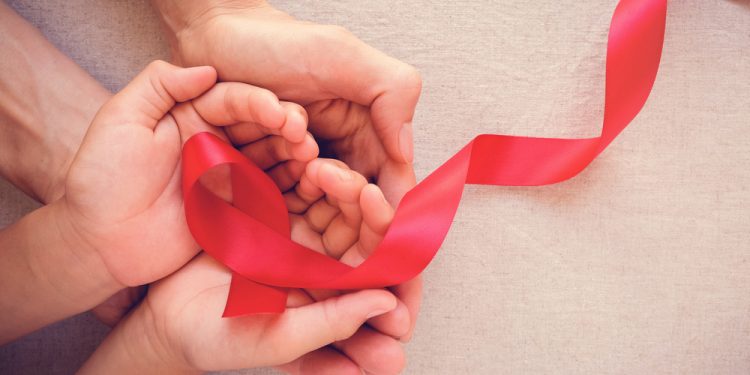 Countries around the world were urged to increase investment into global pandemic responses and adopt a solid set of achievable targets to eradicate HIV by 2025.

If global action succeeds and the targets are achieved, the world will be back on track to ending AIDS as a public health threat by 2030, said UNAIDS.

HIV and AIDS in numbers

According to UNAIDS 2020 statistics, around 38 million people across the world were living with HIV in 2019.

Around 1.7 million people contracted the disease that year. From those infected, around 26 million people were accessing antiretroviral therapy as of the end of June 2020.

In Europe, more than 136,000 people were diagnosed with HIV in 2019, the European Centre for Disease Prevention and Control (ECDC) published yesterday.

Last year, a staggering 690,000 people worldwide died from AIDS-related illnesses, however, UNAIDS revealed that since its peak in 2004, AIDS-related deaths have decreased by 60%.

“Implementing just the most politically palatable programmes will not turn the tide against COVID-19 or end AIDS. To get the global response back on track will require putting people first and tackling the inequalities on which epidemics thrive”.

While the COVID-19 pandemic has distracted governments, other health and social issues been neglected, including AIDS and HIV, with the breakdown in essential HIV services due to COVID-19 potentially threatening lives.

UNAIDS is seeking to develop advocacy and step up prevention, particularly in countries most affected by the communicable disease, such as Sub-Saharan Africa.

While World Health Organisation (WHO) data shows HIV and AIDS no longer appeared among the top 10 global causes of death in 2016, as it did in 2000, in low-income countries, HIV and AIDS were still ranked fourth place among the most common causes of death that year. UNAIDS clarifies in its report the need to achieve new targets within “each subpopulation of people living with HIV”.

“I remember when a diagnosis of HIV seemed like a death sentence. Now, with proper treatment, people with HIV can live without fear of AIDS. These data are from 2019, and the question in 2020 has to be what effect the pandemic will have had on testing by the end of 2021”, said Hans Kluge, WHO Regional Director for Europe.

“For now, our message has to be to protect the progress of the last decade by continuing to prioritize HIV testing and getting treatment to those who need it. We cannot allow the pandemic to rob us of an AIDS-free future that is within our grasp”, Kluge added.

WHO and the ECDC have recommended specific guidance to improve testing in Europe, including self-testing and community-based testing using rapid tests.