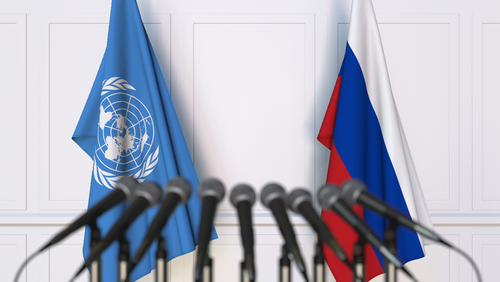 Brussels (Brussels Morning) The UN Security Council has rejected a Russian bid to abolish the post of an international peace envoy in Bosnia and Herzegovina that Moscow argued was no longer necessary, since it claimed that the formerly warring ethnic groups in the country had achieved sufficient progress to make the position redundant.

The position of the High Representative for Bosnia and Herzegovina was created as part of the 1995 Dayton Agreement, which ended the civil war in the country. In doing so, it established its current form as two political entities entailing three recognised ethnicities, with a federal government guaranteeing representation for all three sides – Serbs, Bosniaks and Croats.

While BH is formally a federal parliamentary constitutional republic, ruled by a three-member presidency, the High Representative has sweeping powers to adopt binding decisions and remove public officials from office in his role as civilian caretaker of the Dayton Agreement.

Despite Moscow’s stated opinion, the push to abolish the post came after Russia opposed the appointment of the next High Representative, former German federal minister Christian Schmidt, by arguing that the German politician had not been selected by the UN Security Council.

The Russian initiative, co-sponsored by China, received only the two votes in favour from its sponsors. All the other Security Council members abstained from voting and therefore prevented the proposal from passing.

Russia was also the only country in the 11-member Peace Implementation Council (PIC) to oppose Schmidt’s appointment as successor to the departing High Representative, Valentin Inzko. While unanimous decision-making in the PIC is not legally necessary, Moscow insisted that the appointment be confirmed in the Security Council, where Russia holds veto power.

Abolishing the Office of the High Representative has been a long-term desire of the Russian-backed Bosnian Serb leader Milorad Dodik, who regularly insulted Inzko in public and openly threatened to secede the Republic of Srpska, the Serbian-dominated federal entity, from the rest of BH.