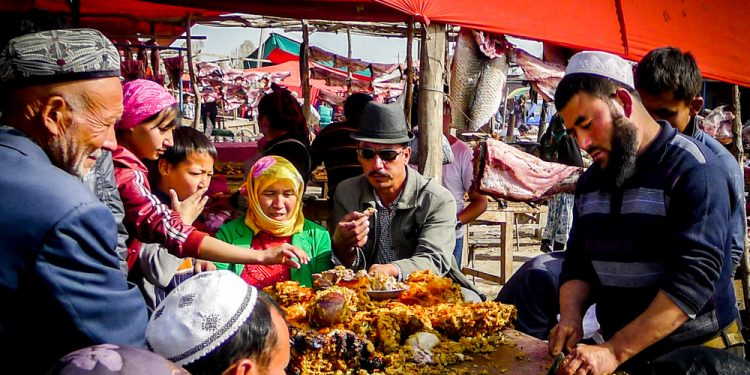 Belgium (Brussels Morning Newspaper) A report published by the Office of the UN human rights chief cited credible evidence that serious human rights violations were committed against the Uyghur minority and other predominantly Muslim communities in China’s Xinjiang province.

The long-awaited report is the first official UN document accusing China of serious human rights breaches against its minorities, going as far as suggesting that the extent of arbitrary detentions against Uyghurs and others may “constitute international crimes, in particular crimes against humanity”.

The report was published a day after the end of the term of the UN High Commissioner for Human Rights Michelle Bachelet. The outgoing human rights chief was herself a target of international criticism after accepting an invitation by Chinese authorities to visit Xinjiang, while at the same time preventing her from making any independent inquiry in the region.

The US has warned Bachelet that her visit could be used by Chinese authorities to claim that no human rights abuses were taking place in Xinjiang. Bachelet later stressed that her visit was not an investigation, but rather “an opportunity to listen to each other, raise concerns”. She also reported she was unable to assess “the full scale of vocational and educational training centres” – using the Chinese government’s term for Uyghur internment camps.

The latest report concludes that Beijing’s policy in Xinjiang, presented as a counter-extremism strategy, has “led to interlocking patterns of severe and undue restrictions on a wide range of human rights”.

“This has included far-reaching, arbitrary and discriminatory restrictions on human rights and fundamental freedoms, in violation of international laws and standards,” which the report notes also includes restrictions on religious freedoms, the right to privacy and free movement.

In its official response to the report, Beijing countered that the vocational training centres are “learning facilities established in accordance with law intended for de-radicalisation,” and were not “concentration camps”. China also insisted that all of its counter-terrorism activities in the region had been conducted in accordance with the rule of law, stressing that “all are equal before the law”, and that the activities do not add up to “suppression of ethnic minorities”.

China’s mistreatment of its Uyghur minority in the Xinjiang region has been extensively covered in detail by numerous international human rights organisations, with the US officially describing China’s actions as “genocide”.

The European Parliament denounced China’s persecution of Uyghurs as a crime against humanity in its 2020 resolution, with the EU introducing sanctions against individuals and entities deemed to be responsible for these human rights breaches.
China countered by introducing sanctions against 10 individuals and 4 entities in the EU, including several MEPs, leading to a rise in tensions between Brussels and Beijing, and the EP putting the planned EU-China trade deal on hold indefinitely.