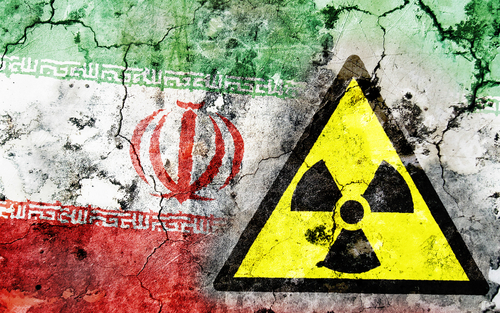 The IAEA pointed out that Iran increased its enriched uranium stockpile and prevented the agency from inspecting Tehran’s nuclear activities, according to DW reporting on Wednesday.

The agency stressed that both moves are in violation of the 2015 Joint Comprehensive Plan of Action (JCPOA) intended to limit Iran’s nuclear programme.

“Since 23 February 2021 the Agency’s verification and monitoring activities have been seriously undermined as a result of Iran’s decision to stop the implementation of its nuclear-related commitments,” the IAEA warned.

It added that, “unless the situation is immediately rectified by Iran,” the agency will lose its ability to assess the country’s activities.

The IAEA pointed out that some equipment must be serviced every three months, stressing that it cannot be left unattended for extended periods.

The agency noted that Iran provided it this month with access to four surveillance cameras in one location, adding that one camera was destroyed and one was severely damaged.

Indirect talks between Iran and the US to revive the JCPOA have come to a halt since Islamist conservative Ebrahim Raisi assumed office as President at the start of August.

Raisi previously asserted that Iran was prepared to revive the nuclear deal, but only if Western countries stop applying “pressure.”

Under the JCPOA, Iran agreed to limitations on and monitoring of its nuclear activities in exchange for the lifting of sanctions.

On Tuesday, the US Department of State announced that US Special Representative for Iran Robert Malley will visit Paris and Moscow this week to discuss Iran’s nuclear programme.

Malley is to attend meetings with Russian officials today and tomorrow, and officials from France, Germany, the EU and the UK on Friday.