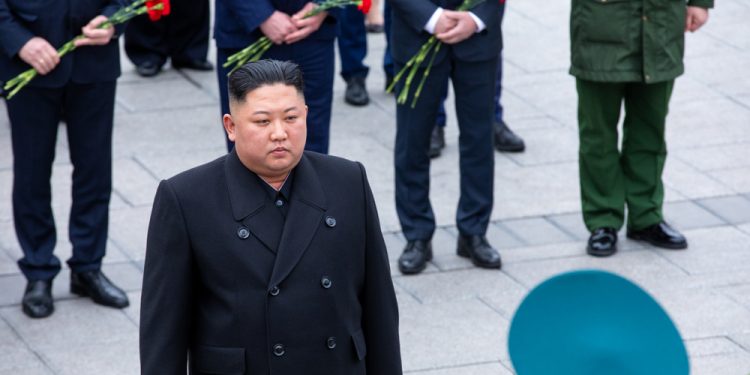 The seven members —  Belgium, the Dominican Republic, Estonia, France, Germany, the UK and the US — stress in a joint statement that Pyongyang is using the pandemic to “crack down further on human rights.”

The statement was released after Friday’s virtual UNSC meeting, which Germany had organized in the wake of reports of a growing number of executions related to the pandemic in North  Korea as well as strict lockdowns in and around Pyongyang.

The group warns that North Koreans have been “stripped of nearly all their human rights,” adding that the human rights situation in the country is “appalling and gets worse by the day.” The statement accuses the North Korean government of placing its nuclear weapons programme above the needs of its people and warns that continued gross violation of human rights presents a serious threat to international security.

As the coronavirus started spreading in January, North Korea closed its border with China, which is the country’s largest aid benefactor and trading partner. North Korea has been isolating itself from the international community, the group notes, which has served to worsen the impact of the coronavirus pandemic on the population.

While the Supreme Leader of North Korea Kim Jong-un insists no coronavirus cases have been recorded in the country, outside experts dispute the claim. South Korean intelligence reports from November indicate that North Korea has ordered lockdowns in the capital

A combination of factors

Between the closure in the wake of the pandemic, natural disasters in the summer and international sanctions, the economy of North Korea is crippled. The country consistently rejects accusations of human rights abuses and points to international sanctions as the cause of its economic difficulties, Reuters reported Friday.

The UN imposed sanctions against North Korea in 2006 as a response to the country’s nuclear and ballistic missiles programmes. The UNSC held annual sessions on North Korea’s human rights abuses between 2014 and 2017. No meeting took place in 2018. Eight UNSC members calling for a meeting last year, which Pyongyang described as a provocation and denounced saying there would be a “strong response.”