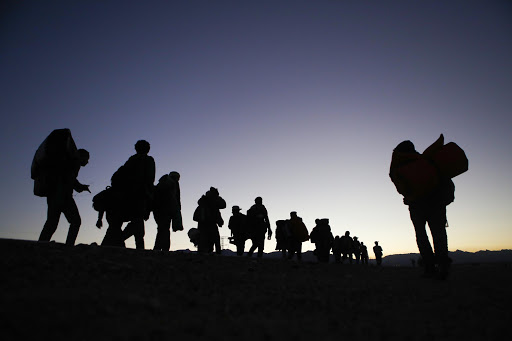 Grandi said the refusal by some EU member states to allow migrants to disembark on reaching their shores or to hinder their entry was shameful. Migrants and refugees, he noted, expose themselves to grave danger in their desperate efforts to reach safety and a chance to begin life anew. It was wrong for destination countries to deal with the migrant crisis by closing their borders, a move he described as xenophobic and calculated to score political points and win votes.

The UN Refugee Agency should not allow such reactions to shape its responses to challenges that, while complex, are manageable, he said. Externalising asylum issues by attempting to push them beyond a country’s borders was a dangerous approach to the issue, especially troubling when seen to be emerging in some of the world’s richest countries. Not only is the trend in violation of international law, he added, it puts the lives of the most vulnerable in jeopardy while setting precedents that threaten the global concept of asylum.

Grandi welcomed the European Commission’s plan to adopt a new Pact on Migration and Asylum, calling it a unique opportunity to set out clearly how responsibilities should be shared. European countries must take in migrants quickly, he said, pointing out how Italy had prevented 27 migrants from disembarking from a Danish freighter for 40 days.

The migrant crisis would persist unless its root causes are addressed, he added. Reducing search and rescue capacity or pushing people back without due process would not solve the problem. Fewer than 64,000 refugees were resettled last year, less than 0.25% of the world’s refugees, he noted. This was a worrying development, he said, as he cited the slash in the number of refugees resettled in the US under the Trump administration as an example of the downward trend.