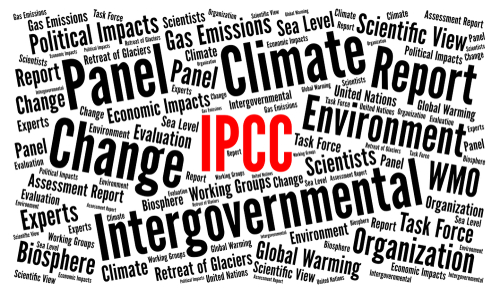 Brussels (Brussels Morning) The UN’s Intergovernmental Panel on Climate Change (IPCC) released an alarming report on Monday, warning that the planet is perilously close to the point where runaway warming may no longer be stoppable and directly blaming the situation on humanity’s actions.

The report, based on more than 14,000 climate studies, stresses that immediate and large-scale action is needed to prevent a global temperature rise of more than 1.5 degrees Celsius within the next two decades.

Even if immediate action is taken, current levels of CO2 and other greenhouse gasses in the atmosphere are high enough to all but guarantee continued climate disruption for decades or centuries to come, the scientists claim.

According to the report, human industrial and other activities have raised the global temperature by 1.1 degree Celsius compared to pre-industrial levels. The increase would have been even greater – likely a further 0.5 degrees – were it not for the fact that it was ultimately tempered by air pollution, with microparticles providing a degree of shading which reduced the Sun’s heating effect.

This finding comes as a double-edged sword, because, as cleaner technologies are adapted and particle pollution is reduced together with greenhouse gasses, this mitigating effect will likely taper off, raising temperatures further.

The report warns that a rise in global temperature of more than 1.5 degrees Celsius compared to pre-industrial levels could lead to a runaway climate change effect, as a feedback loop is created, which could heat the world up even faster, despite global efforts to offset this.

Such feedback loops could include the melting of the Arctic permafrost, which reflects much of the Sun’s heat back into space, or the dieback of global forests, which capture and store CO2 gasses from the atmosphere. Such high-emission scenarios could lead to a temperature increase of up to 4.4 degrees Celsius compared to pre-industrial levels, making many of the Earth’s currently most populated areas nearly completely inhospitable for human life.