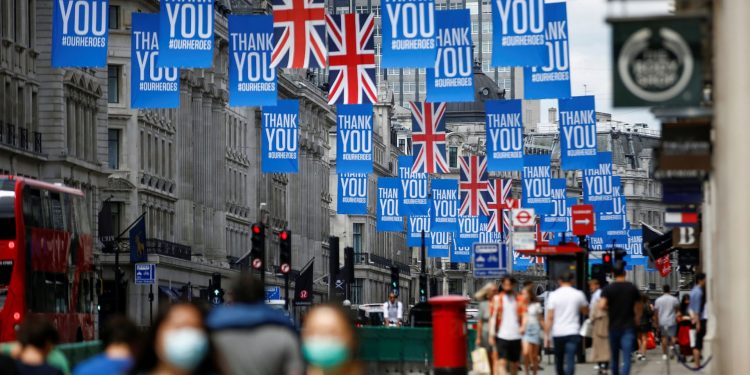 People in Britain have given a worse assessment of their country’s handling of the coronavirus outbreak than the electorates of 13 other leading democracies, according to international research.

In France, which has Europe’s third-highest official death toll after the UK and Italy, 59% think their country has done well.

The only other country rating itself as badly as the UK is the US, where 47% of voters think their country has done a good job. These are the only two in the poll where a majority believe their country has not handled the epidemic well.

The survey asked voters how they thought their country had handled the pandemic, rather than specifically asking voters to assess their government, but the findings will be seen as a reflection of leaders’ performances.

The survey reveals high levels of confidence in democracies, contradicting the common narrative that authoritarian governments have been the great winners in the pandemic. Multilateralists have cause for optimism since a majority of those polled believe greater international cooperation could have reduced the impact of the pandemic.

The poll, the first international comparative poll by Pew on the pandemic, suggests the disease has had a divisive effect on the sense of national unity in many of the countries surveyed.

Large majorities in Scandinavian countries, Australia and Canada say their country has been made more unified by the common experience of the pandemic, while the UK is divided over whether it has brought the country together.

In Europe, those who have favourable opinions of rightwing populist parties such as Alternative for Deutschland are more likely than those in the centre and on the left to say division has grown since the outbreak. This may reflect rightwing resentment at what is seen as big government imposing lockdowns and mandating the wearing of masks in public.

Public attitudes towards their country’s handling of the pandemic and national unity are linked to feelings of trust in others and economic confidence, the Pew Centre says, but it is hard to detect whether low assessment of a government’s performance is driven by fears over the future of the economy or vice versa.

In both the US and the UK, the political leanings of those surveyed unsurprisingly affects their assessment of their country’s performance. In the US, 76% of Republicans and independents who lean to the Republican party say the government has done a good job, while just a quarter of Democrats and Democratic leaners agree. A majority of right-leaning Britons (55%) give a positive rating to their country’s handling of the pandemic, while just 26% on the left hold the same opinion.

The survey also found that in most countries women more than men reported that their lives had changed considerably due to the pandemic. Pew suggests this may be because of a disproportionate loss of part-time jobs, or the closure of schools leading to an increase in domestic pressures.

Pew conducted the fieldwork among 14,276 adults from mid-June to the first week of August, just as a second wave threatened to break out in parts of Europe, meaning it potentially missed a further decline in confidence in those countries.