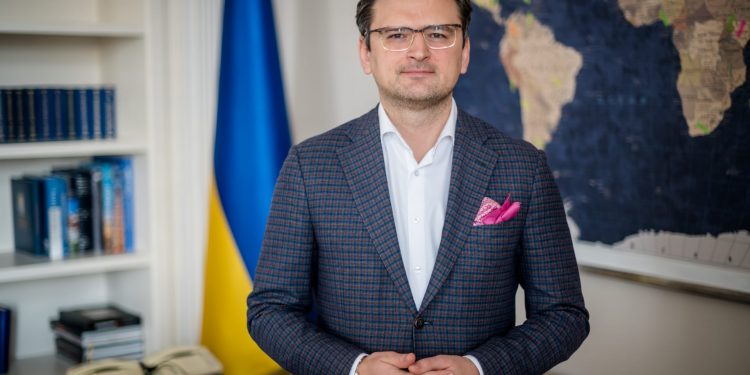 Brussels (Brussels Morning) Ukrainian Minister of Foreign Affairs Dmytro Kuleba called for enlargement of the EU to the east, adding that the bloc should welcome new members that are under pressure from Russia.

Commemorating 30 years of Ukraine’s independence on Tuesday, he pointed out that “the EU needs ambition” if it is to compete successfully with China and the US, according to Politico reporting on Tuesday.

“The problem with the European Union is that it’s drowning in its internal fears and problems,” he opined and added “the EU has to expand to maintain dynamics and to mobilise as many resources as possible in the global struggle that it is taking part in.”

Kuleba expressed belief that the bloc should “make a very simple message: Ukraine, Moldova, Georgia, you are part of us,” adding that the EU should not set accession deadlines.

Belarus should be approached

In his opinion, the EU should approach Belarus with a similar message and present a strategy for the country to join the bloc.

Commenting on the Nord Stream 2 gas pipeline project, Kuleba stressed “we will never shut up” about it. Ukrainian President Volodymyr Zelensky is to attend a meeting with his US counterpart Joe Biden next week, where they are expected to discuss Nord Stream 2, among other issues.

When it comes to the pipeline, “it’s about money for some and political influence for others, but it’s about the national security of Ukraine,” he pointed out.

Commenting on the EU, Kuleba expressed belief that “the European Union is the first-ever attempt to build a liberal empire, an empire constructed on… principles of liberalism and freedom.” He described the EU as a benevolent empire.