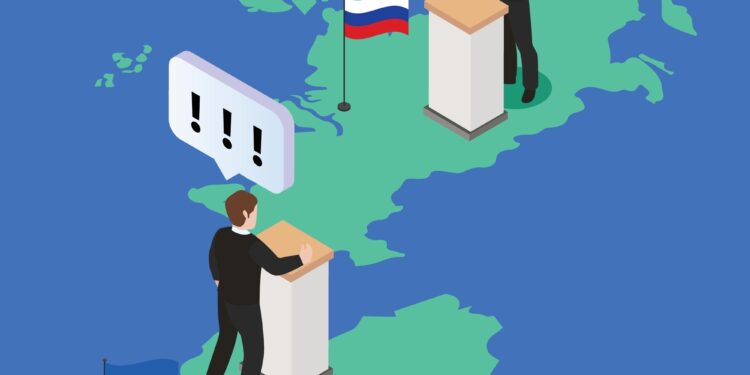 Belgium (Brussels Morning Newspaper) Envoys from Ukraine and Russia arrived in Istanbul today for their first face-to-face negotiations in nearly three weeks, with Ukrainian media reporting that the talks began with a “cold welcome” and no handshake between the two groups.

In marked contrast, the two delegations were warmly greeted by their host, Turkey’s President Recep Tayyip Erdoğan, who stressed that it was up to them to “stop this tragedy”.  With close ties to both Ukraine and Russia, Turkey has offered to serve as a mediator in the conflict. Moscow and Kyiv have both agreed to hold the current round of face-to-face talks on Turkish territory.

Neither side appeared optimistic that the current talks would bring an end to the fighting any closer. However, both agreed that it was important to continue to hold negotiations face-to-face, as a vital first step towards achieving an eventual ceasefire in Ukraine.

Ukraine’s Foreign Minister Dmytro Kuleba announced his country’s red lines ahead of the talks, stressing that Kyiv was not ready to compromise on ”trading people, land or sovereignty.”

Speaking on national television, Kuleba said the minimal programme for the negotiations will be to deal with “humanitarian questions”, but that the best-case scenario would be an agreement on a ceasefire. Ukraine and the United States remain pessimistic about the outcome, with a senior US State Department official saying on Monday that Russia’s President Vladimir Putin does not appear ready to make the compromises necessary to end the war.

The talks began soon after media reports appeared that the Russian oligarch, Roman Abramovich, and several members of the negotiating team had developed symptoms reminiscent of poisoning following the previous round of live talks. Abramovich, who reportedly volunteered to serve as a mediator in the talks, was again seen at the negotiations in Istanbul today.

During the last round of talks on 10 March, Russia’s Foreign Minister, Sergei Lavrov, said that a ceasefire wasn’t even on the agenda. Since then, the military situation on the ground in Ukraine has shifted somewhat, Ukrainian forces having launched a counter-offensive while the Russian advance appears all but stalled. This reportedly gives hope to Ukrainian negotiators that the current round of talks might be more conductive towards a ceasefire.