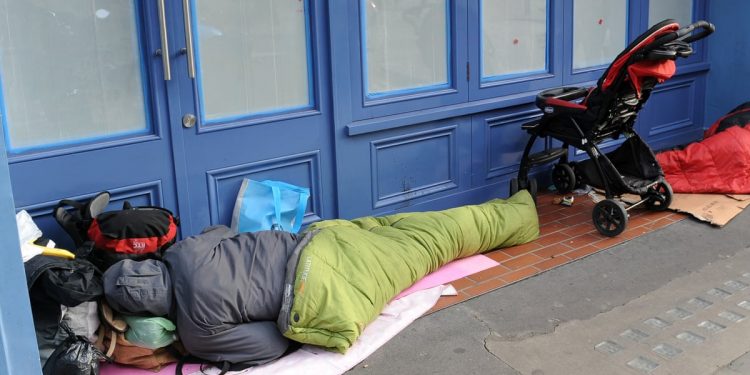 London (Brussels Morning) The UK could remove EU nationals if they are found rough sleeping in the country under new immigration rules set to ban foreign offenders from 1 January 2021.

Across the country, EU nationals make up about a quarter of the country’s rough sleepers.

The Home Office has acknowledged the contentious nature of deporting rough sleepers and said it would only be a last-ditch approach as part of the Tory government’s drive to get people off the streets.

“Rough sleepers, no matter where they are from, are a symptom of a home-grown housing emergency”, said Polly Neate from housing and homelessness charity Shelter.

“This emergency has been caused by the failure of successive governments to build the social homes we need.

“Investment in social housing will solve this emergency – not punishing people for being homeless”, she said.

The policy will also see foreign offenders who have served a year in prison banned from entering the country.

Many have questioned how effective enforcement will be as the UK will lose access to EU law enforcement mechanisms such as the European arrest warrant and the Europol policing databases.

Current rules place the threshold of banning someone as showing a “sufficiently serious threat” to society, rather than on conviction periods.

“For too long, EU rules have forced us to allow dangerous foreign criminals, who abuse our values and threaten our way of life, onto our streets”, said Home Secretary Priti Patel .

“The UK will be safer thanks to firmer and fairer border controls where foreign criminals regardless of nationality will be subject to the same criminality rule.”

The Home Office has said, however, a ban could be challenged through the European convention on human rights.

The new rules will also not apply to EU citizens subject to the EU settlement scheme, although their right stay in the UK could be revoked if they commit a crime after 1 January 2021.