UK to respond to EU’s Brexit infringement procedure in May 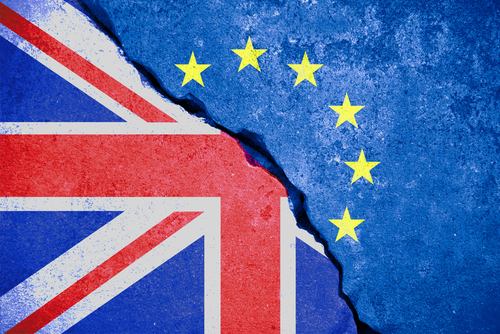 Brussels (Brussels Morning) The United Kingdom will respond to the European Commission’s legal action over the unilateral extension of the grace period for the Brexit agreement’s Northern Ireland protocol by mid-May, a government spokeswoman announced on Wednesday.

The EC formally launched an infringement procedure against Britain with a Letter of Formal Notice at the European Court of Justice (ECJ) in mid-March, while simultaneously calling on London to reconsider its move, seen by Brussels as a breach of the Brexit agreement signed between the UK and the EU.

London denies that the move undermines the Northern Ireland Protocol, a contentious part of the agreement included to avoid creating a hard border between the Republic of Ireland and Northern Ireland.

As the UK planned to leave the EU customs union and had no interest in a free movement agreement, it became apparent that border checks would be necessary for all goods crossing the EU-UK border. However, erecting border posts and conducting checks between Ireland and NI would have represented a breach of the 1998 Belfast Good Friday Agreement.

The Northern Ireland Protocol moved the customs checks to the Irish Sea, effectively keeping Northern Ireland a part of the EU customs union, but also necessitating a host of red tape for UK businesses and suppliers looking to deliver goods to the province.

As Northern Ireland faced supply problems, with supermarkets having difficulties in stocking their shelves, London decided to extend the grace period on customs checks for certain goods beyond the end-March deadline, ignoring objections from Brussels.

“We’ve been clear that the measures we have taken are lawful and part of a progressive and good faith implementation of the Northern Ireland Protocol”, a government spokeswoman told Reuters, noting that the existing precedent in infringement proceedings allows the other party two months to respond, and that the government will do so by mid-May.
The Protocol also caused tempers to flare in Northern Ireland, with violence-marred protests by pro-British loyalists objecting to being left behind by the Brexit agreement. They fear the agreement pushes the province closer to the Republic of Ireland, and possible reunification. The EU and UK are scheduled to meet today to continue talks on the matter, but the meeting is unlikely to result in a breakthrough.