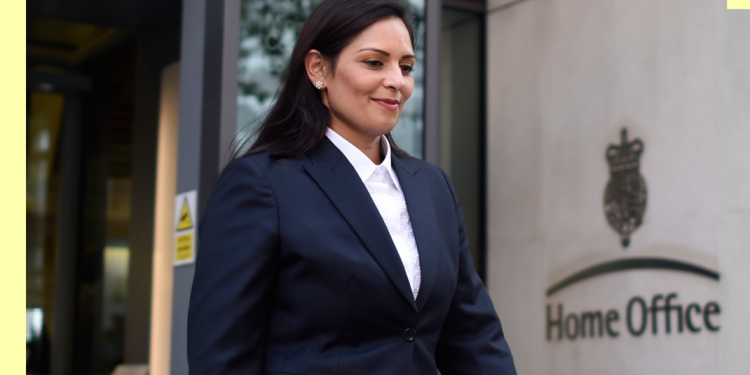 Her comments follow astounding scenes of pro-Trump ralliers storming the US Capitol in an attempt to force the Republican firebrand’s stay in office, despite losing the general election in November to Democratic candidate Joe Biden.

“His comments directly led to the violence, and so far, he has failed to condemn that violence and that is completely wrong”, Patel told the BBC.

Her comments follow a number of other UK politicians who expressed their condemnation of the events yesterday.

“The US rightly takes great pride in its democracy, and there can be no justification for these violent attempts to frustrate the lawful and proper transition of power”, tweeted UK foreign secretary Dominic Raab.

“Disgraceful scenes in US Congress”, said UK Prime Minister Boris Johnson. “The United States stands for democracy around the world and it is now vital that there should be a peaceful and orderly transfer of power”.

The Conservative government has previously sought to avoid criticising the 45th US head of state to maintain its ‘special relationship’.

Four people reportedly died after the riots broke out in Washington DC, including one woman, a US airforce veteran, who was shot by police as she tried to break through a barricaded door with other protesters.

The woman named Ashli Babbitt wrote on social media the day before the violent protest warning of the “storming”.

“Nothing will stop us….they can try and try and try but the storm is here and it is descending upon DC in less than 24 hours….dark to light!”, she tweeted Tuesday.

Patel added in her interview that it was time for America to “move on”:

“We absolutely want them to move on now and have that orderly transition that they need so that they continue with their own governance and their own norms in terms of establishing the presidential office”.