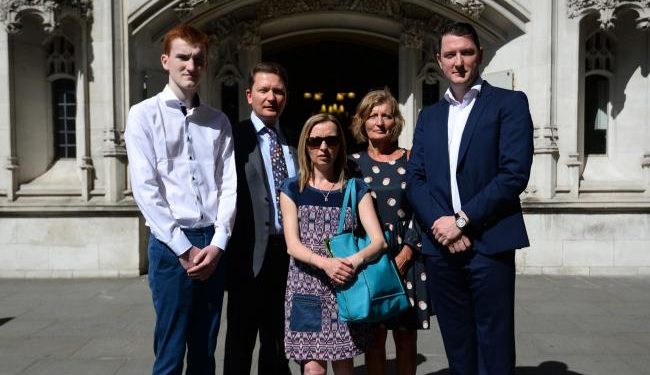 London (Brussels Morning) The Labour Party has furthered calls for a public inquiry into the murder of slain Human Rights lawyer Pat Finucane, killed in Belfast during the Troubles.

Finucane was a solicitor known to represent certain members of the Irish Republican Army (IRA) during the sectarian conflict in Northern Ireland, which took place between ‘loyalists’ and ‘unionists’ over the late part of the last century.

In February 1989, he was shot at his north Belfast home in front of his wife and three children by masked men belonging to the loyalist Ulster Defence Association.

In 2012, a report found the British state was complicit in the murder as state agents helped loyalist gunmen select their targets while Irish terrorism was rife across the United Kingdom, spilling over into the Republic of Ireland and England.

Subsequent investigations into the murder have been called ineffective by the country’s Supreme Court.

Shadow Secretary of State for Northern Ireland Louise Haigh has said a public inquiry is the only mechanism left for establishing the “full truth”, adding to existing calls from Finucane’s family.

Public inquiries in the UK investigate issues of serious public concern and examine the decisions and events that have taken place in relation to them. They usually end in recommendations.

Several inquiries into events during the Northern Ireland conflict have occurred over the last two decades, including the killing of Robert Hamill, the Bloody Sunday murders, and the death of Rosemary Nelson.

Haigh pledged her support for the process after meeting Finucane’s widow Geraldine last week, stressing in a letter to the prime minister that it is the Labour Party’s long-standing view for an inquiry to be carried out.

“That this crime could happen at all in our country is shocking; that it has never been investigated to a lawful standard is unjustifiable”, she wrote to Boris Johnson.

“I therefore urge you to act without delay”.

The government is expected to reach a decision by the end of November.