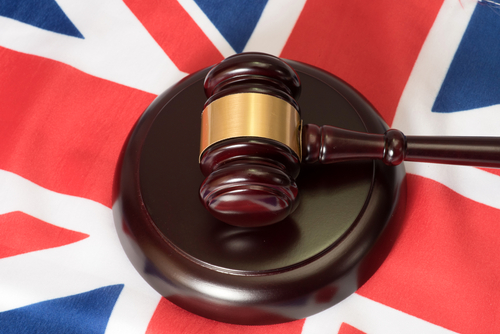 London (Brussels Morning) Home Secretary Priti Patel has been personally fingered by a UK court for ensuring accountability for the proper investigation of deaths in the country’s immigration removal centres, with a ruling that several of her detention policies breached human rights.

The ruling was handed down by two immigration court judges Wednesday after Nigerian Oscar Lucky Okwurime was found dead in his cell in Harmondsworth immigration removal centre near Heathrow airport on 12 September 2019.

Okwurime’s friend Ahmed Lawal was a key witness, the Guardian reports, but was subject to deportation five days after the death and prior to him providing evidence.

His removal was paused after Lawal applied to the High Court, his case then transferred to the Upper Tribunal of the Immigration and Asylum Chamber.

Okwurime’s cause of death was determined by an inquest to be unnatural and the result of a spontaneous subarachnoid haemorrhage, which can rupture due to hypertension, as documented by the court transcript with his blood reading on 22 August 2019 demonstrating hypertension. The pathologist at the inquest also said that a person with coronary artery disease — which Okwurime had — in his experience would die quite rapidly after a subarachnoid haemorrhage.

Lawal’s case challenged whether the homes secretary is able to remove a witness to a death in custody before the requirement of their testimony is established but the ruling declared Lawal’s deportation to Nigeria unlawful and that Patel had failed to ensure that evidence prior to his removal.

The home secretary has drawn the ire of immigration observers recently with proposals for offshoring the processing of asylum seekers who arrive in the UK by unlawful means. A string of rulings last year also deemed various deportations and policies from the Home Office unlawful.

The Court also granted an application for judicial review on the grounds that there was a dearth in policy over how its caseworkers should handle the case of a witness to a death in custody.

The ruling stated a breach of Article 2 procedural obligations as it involved the right to life.

“This is a ground-breaking judgment that marks the first time that the Secretary of State has been held accountable for her role, and failure, in ensuring the effective investigation of deaths in the immigration detention estate”, wrote Sonali Naik QC, Raza Halim and Stephen Clark on the Garden Law Chambers website.

“It is also represents a first in confirming that the duty to ensure an effective investigation under Article 2 ECHR affects the exercise of the Secretary of State’s immigration powers”, they continued iterating the secretary of state for the Home department “cannot frustrate or undermine an inquiry into how and in what circumstances a vulnerable person died where Article 2 ECHR is engaged”.

“This case demonstrates the cavalier attitude of the Home Office when enforcing removals”, said Lawal’s solicitor, “Despite a tragic death within a detention centre, the home secretary did not hesitate to maintain her plan to remove potential witnesses by charter flight, ignoring anyone who wished to come forward to give evidence”.

“Every death in detention is a tragedy”, said a Home Office spokesperson, “Deaths in detention are relatively rare and are referred to police and the prisons and probation ombudsman for investigation.

“We have noted the judgment and will be refreshing our current processes, such as introducing a new checklist to ensure that all potential witness are identified”.