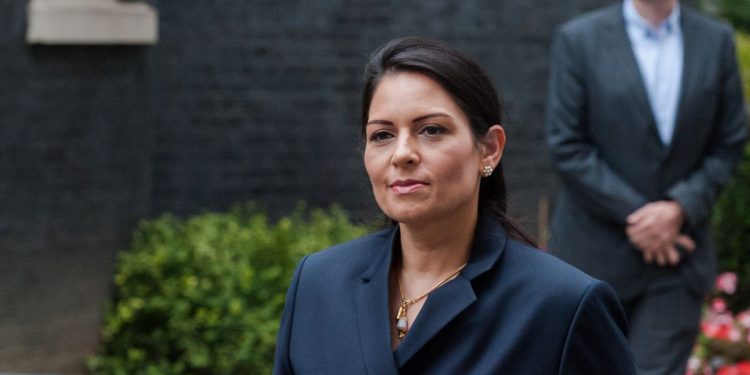 Priti Patel, Secretary of State for the Home Department, made inquiries about developing an asylum processing centre on the British overseas territory of Ascension Island, located closer to the south American continent than it is to the British isles.

According to the Financial Times, the Foreign Office was also consulted on processing asylum claims remotely, but the south Atlantic island idea has now been sunk.

The idea comes after the Home Office has expressed consternation for increasing numbers of asylum seekers making the journey across the English Channel from France, this summer seeing twice as many arrivals as the year before.

Patel is expected to address migration – a political football – at the virtual Conservative conference Sunday.

The Financial Times also reported the home secretary assigned officials to look at how other countries dealt with “illegal” migration, including Australia’s approach of using offshore detention facilities.

It is thought that the idea has been somewhat influenced by Boris Johnson’s administration’s new adviser Tony Abbott, a former Australian prime minister, although the asylum processing centres of Manus and Nauru have been censured with reports of contemptuous conditions and have now closed.

The newspaper reported its sources had insisted Patel “would not want something like this”, while others confirmed the centre had been considered.

“We have been looking at how other countries have been dealing with this issue”, said someone close to the home secretary. “We have been scoping everything. No decisions have been made by ministers.”

Ascension Island hosts an RAF base strategically located to defend the Falklands Islands, a territory for which there have been Argentinian claims.

A Home Office official said the UK has a tradition of offering refuge to those in need of protection and would continue providing safe and legal routes. They said that reform was being considered to “provide protection to those who need it while preventing abuse of the system and the criminality associated with it.”