UK holidaymakers in race to return from France before quarantine deadline 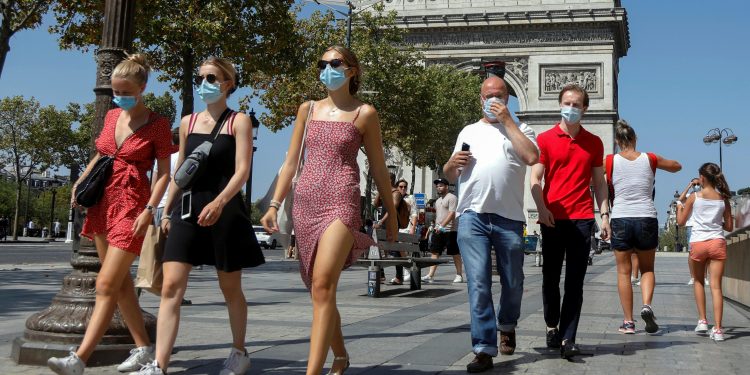 The UK’s airports and ports were braced for travel chaos on Friday as some of the hundreds of thousands of British holidaymakers in France race to return home before new quarantine rules kick in.

Summer plans have been thrown into disarray after the government said on Thursday evening that, from 4am on Saturday, all arrivals from France would have to self-isolate for 14 days or face a fine.

The operators of the Channel Tunnel warned on Thursday night that Friday travel slots were “already pretty much fully booked” and that it would not be easy to return. “We just haven’t got the space to take everybody who might suddenly want to come up to the coast,” John Keefe, director of public affairs at Getlink told the BBC’s Newsnight.

“The important thing is that people understand that it’s not going to be easy to get back and they have to be sensible about this and not get themselves into difficulties,” he said.

Eurotunnel Le Shuttle urged travellers to avoid arriving at the terminal outside their allotted time and said alternative services could not be taken without a valid booking. There was “no addition capacity” on weekend services either, it said, with services already very busy.

There was palpable anger among holidaymakers in response to the tweet by transport secretary, Grant Schapps, announcing the change in rules.

Some highlighted the unforeseeable extra cost of returning at short notice, with one international student saying the only flight they could find to return to the UK in time was via Amsterdam and would cost them an extra £600.

Others noted that the area of France they were in had fewer cases than parts of the UK, or that the change in official UK advice had voided their travel insurance.

Calais-to-Dover services appeared to be running normally on Friday morning.

The UK’s quarantine decisions came after France – the second most popular holiday destination for Britons – recorded a post-lockdown record daily increase in new coronavirus cases of 2,669 in the previous 24 hours.

The Netherlands, Malta, British overseas territory the Turks and Caicos Islands, and the island of Aruba, a Dutch constituent country in the Caribbean, were also being removed from the safe list. Monaco will join them in being taken off.

A French junior minister for European affairs, Clément Beaune, suggested late on Thursday, that the UK’s decision would lead to “reciprocal measures”, adding that France regretted the move.

Nick Thomas-Symonds, the shadow home secretary, said it was vital the government had “a joined-up strategy, and recognises the impact of this on travel-related businesses”.

“That the government has still not put in place an effective track, trace and isolate system has made matters far worse and made it more likely that we are reliant on the blunt tool of 14-day quarantine,” he said.

Earlier on Thursday during a visit to Northern Ireland, the prime minister, Boris Johnson, said: “We have got to be absolutely ruthless about this, even with our closest and dearest friends and partners. I think everybody understands that.”

“Everybody understands that in a pandemic you don’t allow our population to be reinfected or the disease to come back in. That is why the quarantine measures are very important and we have to apply them in a very strict way.”

In addition to France’s post lockdown high number of cases on Thursdaym the country also recorded 2,524 on Wednesday. This figure topped the 2,288 cases on a week ago, Friday and was followed by 2,184 infections on Saturday, 1,885 on Sunday and 785 on Monday – when the country’s health ministry reported the first significant rise in the number of people in hospital due to Covid-19.