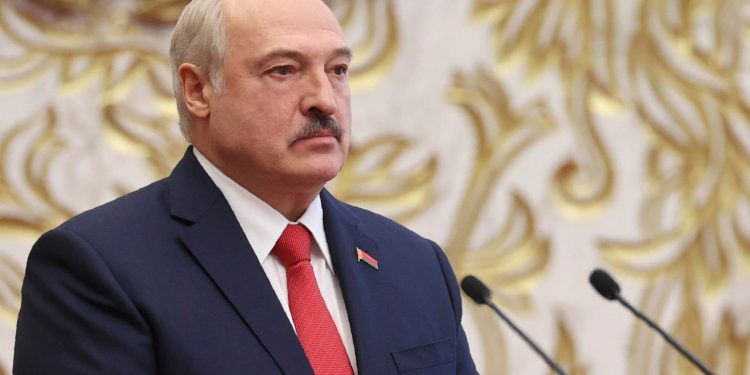 The UK has imposed unprecedented penalties on Belarusian president Alexander Lukashenko and those involved in his regime under the country’s new sanctions regime targeted toward perpetrators of serious human rights abuses.

In a statement Thursday, the government said the sanctions had been imposed in coordination with Canada in an attempt to “uphold democratic values and put pressure on those responsible for repression”.

Lukashenko has been accused of human rights violations in the aftermath of what has been deemed rigged elections. More than 12,000 people have been arrested since Lukashenko’s August victory as some of the largest protests in the eastern European country’s history have commenced, often led by women.

Protesters have called for the international community for solidarity and support. Poland has also outwardly supported the protests, as has Lithuania, where opposition leader Svetlana Tikhanovskaya is currently exiled.

The new sanctions are the second in applying a new regime of diplomatic measures aimed at upholding human rights, introduced in July by the UK, and informally named the Magnitsky sanctions. They were first used to sanction 25 Russian nationals implicated in the death of auditor Sergei Magnitsky. Sanctions were also levied against Saudi, Myanmar, and North Korea actors for separate abuses.

The sanctions, which took effect immediately, were imposed on Lukashenko, his son Victor, and the head of the president’s administration, as well as five other officials. They included a travel ban and asset freeze. Canada imposed similar sanctions. It is the first time that the UK has imposed on a serving president.

In the statement, the government stressed the UK’s previous support by triggering the Moscow Mechanism through the Organisation for Security and Cooperation in Europe to initiate an independent international investigation into the situation in Belarus; and providing over £1 million in additional support to civil society groups.

The EU has yet to agree on sanctions after Cyprus said it would veto the move unless the bloc also sanctioned Turkey for gas drilling in fields off the eastern mediterranean. However, French president Emmanuel Macron met with Tikhanovskaya in Lithuania as a show of solidarity and promised to help negotiate the release of prisoners.

Foreign Secretary Dominic Raab said the UK and Canada had sent a clear message that they don’t accept the election results.

“We will hold those responsible for the thuggery deployed against the Belarusian people to account and we will stand up for our values of democracy and human rights”.