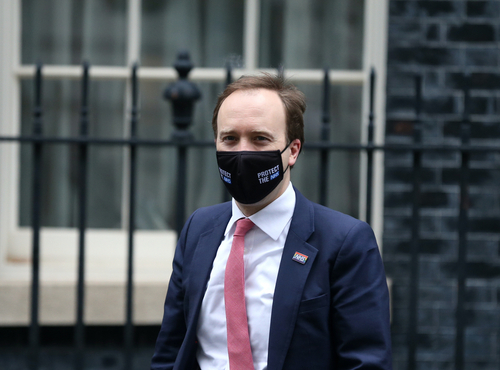 London (Brussels Morning) UK Health secretary ​Matt Hancock is being accused of cronyism as it emerges that he and his sister are shareholders in a company awarded a contract with the country’s national health service (NHS).

Shredding and document management company Topwood won a tender to be included within an NHS procurement framework at the beginning of 2019. Hancock had disclosed a shareholding on the register of interests last month but did not disclose that his sister Emily Gilruth had a higher proportion of shares and a directorship, as reported by Westminster blogger Guido Fawkes and the Health Service Journal.

A Government spokesman said Hancock had acted in accordance with the ministerial code.

“Ministers have no involvement in the awarding of these contracts, and no conflict of interest arises”, they said.

Although according to the Code, as reported by the BBC, ministers should declare close family interests if they believe this will result in a conflict of interest.

In Hancock’s former role as secretary of state for digital, culture, media and sport, he did declare his brother Chris Hancock’s role as head of Crowd2Fund, an investment platform.

Shadow health minister Justin Madders, however, said, “It is now clear this Conservative Government has been infected with widespread cronyism and is unable to identify where the line is drawn between personal and departmental interests. It’s one rule for them, another for everybody else”.

The revelation follows the Greensill lobbying scandal, in which David Cameron was found to have been lobbying MPs to ensure financial services firm Greensill Capital benefit from a government loan scheme. The former Conservative prime minister was cleared of any wrongdoing while a senior civil servant was also revealed to have worked for the firm while under government employment.”It feels like we are back to 1990s levels of Tory sleaze”, said Shadow work and pensions secretary Jonathan Reynolds, speaking to Sky News.