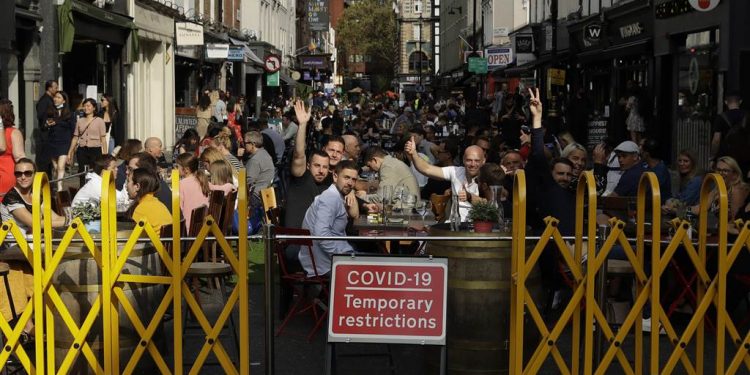 National restrictions have been introduced in the UK to help curb exponentially rising coronavirus cases, announced by Prime Minister Boris Johnson in a parliamentary address Tuesday.

Johnson called it a “perilous turning point” for Britain as he spoke in the House of Commons and outlined the new measures, which could remain for up to six months.

New rules included a requirement on all shop staff to wear face masks and a cap on wedding attendees to just 15 guests. Any gatherings without masks will render participants to a £200 fine for a first offence.

Patrons at hospitality venues will also be required to wear a mask except when seated at their tables. The expected return of spectator-attended sports will now not go ahead in October. Working from home was also strongly encouraged once more.

More significant restrictions may be introduced if necessary, said Johnson.

“We always knew that while we might have driven the virus into retreat, the prospect of a second wave was real,” he said. He also told parliament extra funding had been given to police and local authorities to enforce the measures, including military support, if needed.

“I’m sorry to say that, as in Spain and France and many other countries, we’ve reached a perilous turning point”, he continued. Johnson iterated the new measures are to reduce the R number – the virus’s infection rate – as much as possible while minimising economic impacts and disruption to peoples’ lives.

The Prime Minister also emphasised that the country was not going into a lockdown like the one experienced in March, with businesses and educational establishments remaining open.

Similar steps were being taken across all the UK’s nations after an emergency meeting with Scotland, Northern Ireland and Wales took place Tuesday morning.