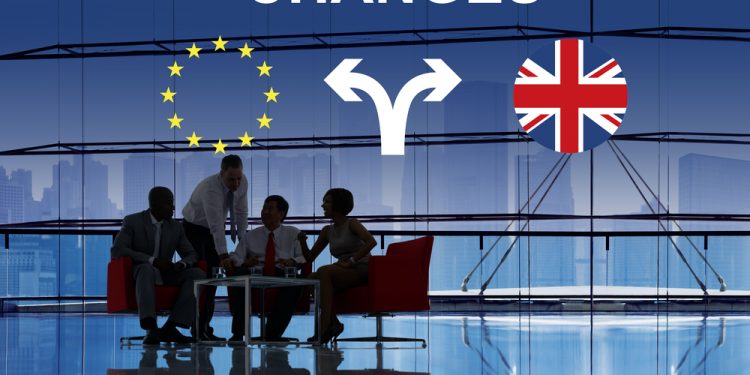 Brussels (Brussels Morning) The UK and the EU both want concessions in Brexit trade talks, with Britain urging the bloc to shift its position to allow progress in negotiations and the EU defending its right to fight for its interests, Reuters reported yesterday, Sunday.

The talks are scheduled to continue later today. One unnamed senior British government source describes the negotiations as difficult due to “significant differences” of opinion. The current trade deal between the UK and the EU expires in less than two weeks and the two sides are calling on each other to move their positions in order to secure a new trade agreement.

Both sides are standing their ground firmly over their respective need to protect trade from tariffs and quotas, an impasse that sustains the deadlock. The main points of disagreement are EU fishing privileges in UK waters and competition rules aimed at ensuring a so-called level playing field.

On Sunday, Matt Hancock, the UK Secretary of State for Health and Social Care, called on the EU to drop what he termed its unreasonable demands. Both sides, he said, want to reach an agreement, which, he concluded, could be reached provided the bloc abandons some of its demands.

Michel Barnier, the EU Commission’s Head of Task Force for Relations with the UK, commenting Sunday, said negotiations with David Frost, Britain’s Chief Negotiator of Task Force Europe, were at a crucial point. The EU wants a reciprocal agreement, he observed, adding the bloc respects the UK’s sovereignty and expects the same in return.

Both sides, Barnier stressed, need to have “the right to set their own laws and control their own waters,” just as both sides should be able to act in defence of their respective interests.

Demands of both sides

The EU insists on the right to impose trade restrictions if the UK changes its regulations and provides an unfair advantage to British businesses, with the UK insisting likewise in regard to its dealings with the bloc.

The EU wants a mechanism for curbing UK’s market access as retaliation in case the UK pushes out EU fishermen from its waters, while the UK stresses it will regain full control of its waters in 2021 but that it is open to talks on a transition period.