UK drops plans for self ID for transgender people 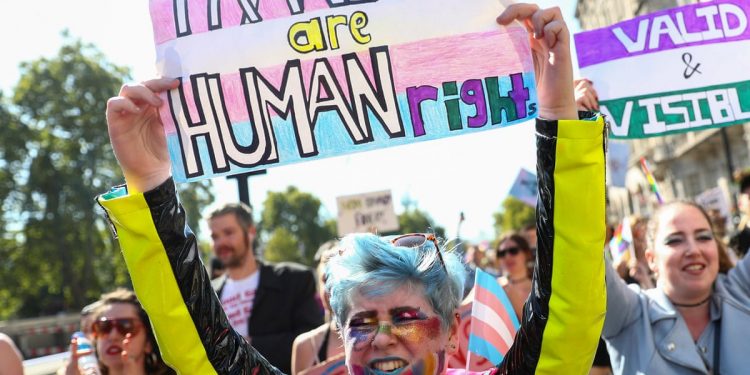 The government responded to a delayed consultation on the 2004 Gender Recognition Act with reform proposals that excluded previous plans for trans people to officially change their gender through self-identification rather than “intrusive” medical diagnosis procedures.

The previous proposals were part of Theresa May’s administration’s plans but were not part of the parcel of proposed reforms announced today in a written statement. These include cutting the £140 fee to apply for a gender recognition certificate to a nominal amount. It also included putting the process online and making it “kinder” and more “straightforward”.

Women and equalities minister Liz Truzz said she did not believe gender recognition reform was a bigger priority for trans people than the right to care being available. Three new gender clinics were also proposed to help cut NHS wait times.

Truss said the act struck the right balance of checks and balances and support.

The charity Mermaid that supports your trans people said the proposals did not offer any help to people aged under 18.

Mermaid’s CEO Susie Green said self-declaration would bring England and Wales in line with the Republic of Ireland, where gender recognition without medical diagnosis has occurred since 2015, “without any problematic outcomes”.

Under current requirements, legislation dictates people must be over 18 and provide medical evidence toward a diagnosis of gender dysphoria and proof they have been living in their chosen gender for at least two years. Trans people have said the process is humiliating and intrusive.

Labour accused the government of failing trans people, but others welcomed the decision, including women and campaign groups that argue self-identification undermines women’s rights.

Meanwhile, the NHS also announced it is launching an independent review into gender identity services for children and young people. A review is set to look at the issues around children prescribed hormone therapy.