UK cut off from rest of Europe over coronavirus fears 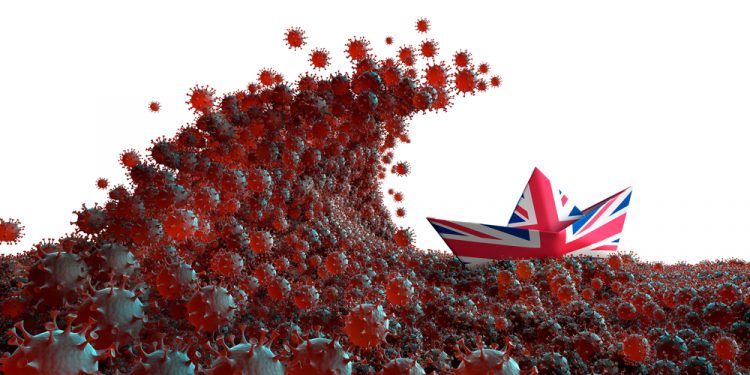 Brussels (Brussels Morning) The UK is cut off from the rest of Europe over rising fears about a new strain of coronavirus, with many EU member states severing transport ties with Britain, Reuters reports today, Monday.

Johnson is to chair a meeting later today to discuss international travel to and from the UK. Also today, EU leaders are to hold a meeting and discuss how to coordinate their response to the situation.

UK Secretary of State for Transport Grant Shapps noted that France’s decision to close its border to people and trucks from Britain was surprising. “We’re doing everything we can to get that restarted,” he noted for Sky, adding that France wants to get transport of goods moving again as soon as possible.

Britain’s second-largest supermarket chain, Sainsburys, warned the supply chain logistical disruption will lead to understocked stores in a matter of days if transport ties with the rest of Europe are not restored quickly. The retailer stressed that “if nothing changes, we will start to see gaps over the coming days on lettuce, some salad leaves, cauliflowers, broccoli and citrus fruit – all of which are imported from the continent at this time of year.”

Shapps notes the government is focused on resolving the issue as soon as possible and that talks between the London and Paris will continue, the Guardian reports. He maintains that since the ban on freight transport from Britain inconveniences France as well, there is “plenty of incentive” to solve the problem.

Clément Beaune, French Minister of State for European Affairs notes that France suspended traffic from the UK for 48 hours as a precautionary measure aimed at protecting public health. The government is looking for ways to allow citizens in the UK to return home, he announced, and the emergency restrictions were put in place to allow time for gathering as much information as possible.

In the wake of the latest coronavirus news from the UK, the FTSE 100 index dropped to its lowest point since the beginning of December early in the day but had recovered some of its losses as the day wore on, Reuters reports. The index has dropped 14.3% this year, with 2020 on the path to becoming the worst year since the 2008-2009 financial crisis.