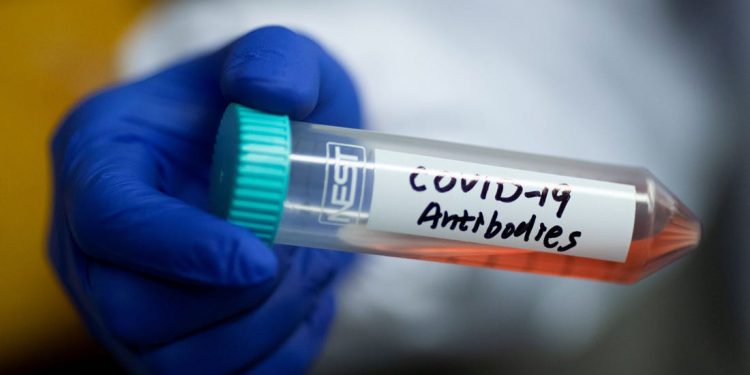 London (Brussels Morning) A study by Imperial College London has shown that antibodies that help the human immune system decline rapidly after catching the coronavirus.

The results are part of the university’s REACT-2 surveillance study looking at the prevalence of antibodies in the community in England.

The tests found positive antibody results fell 26 percent in the third quarter of the year.

As immunity declines, the chance of reinfections grows, lending to the possibility of catching the virus several times.

The findings fly in the face of scientists suggesting herd immunity is a better way to move forward with the pandemic.

Herd immunity is the building up of immunity in a substantial proportion of the population to reduce the risk of infection to the most vulnerable in the community.

To achieve herd immunity, 50-60 percent of the population would need to build resistance to the virus.

Earlier this month a group of leading scientists signed a statement calling for the approach to be adopted, enabling most of the population to resume normal life while better protecting the vulnerable.

“We call this focused protection”, it read.

The Imperial study’s findings also coincided with official figures showing deaths rose by 60 percent in the week of 16 October.

The REACT-2 study has tested over 350,000 people. Its June tests found around 60 people in 1,000 had detectable antibodies, while only 44 in 1,000 had those antibodies in September, just three months after the first round of testing.

The decline was starker among those over the age of 65 and among those who were asymptomatic.

Healthcare workers retained a high number of antibodies explained by higher exposure to the virus.

The study did not examine all parts of the immune system, including T-cells, and researchers are quick to point out that the drop in antibodies does not indicate the effectiveness of any vaccine.

There is also hope a second infection would be milder than the first due to the body’s immune memory.

“The need for a vaccine is still very large, the data doesn’t change that”, said researcher Graham Cooke.