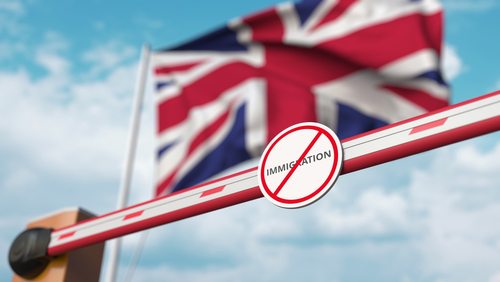 Brussels (Brussels Morning) British Home Secretary Priti Patel is considering remote processing of migrants among other measures aimed at stopping migrants from making the dangerous trip across the English Channel, according to Sky News reporting on Thursday.

Unnamed sources claim the UK government is now of the opinion that sending migrants to other countries for processing would be in line with human rights laws.

Patel is expected to present details of the plan next week, which could include sending migrants for processing abroad, according to the sources.

Gibraltar and UK islands under consideration

The British Overseas Territory of Gibraltar is one of the locations under consideration, The Times.has reported. Other possible locations include the Isle of Man and other UK islands.

Patel had pledged to stop migrants from making the risky journey across the English Channel and announced the overhaul of the immigration and asylum system in order to achieve this.

According to The Times, the plans will include a discussion on amendments to relevant regulations aimed at allowing migrants seeking asylum to be processed in processing centres abroad.

A series of leaks in 2020 suggested the UK government was contemplating offshore policies similar to those used by Australia. These policies include sending migrants to Ascension Island for processing as well as repurposing ferries that are no longer in use into processing centres.

Now, unnamed sources say, the UK government thinks sending migrants abroad for processing would be in line with the European Convention on Human Rights.

Other new regulations will include life sentences for human traffickers as well as the establishment of migrant centres on government land, The Times reported.An unnamed Home Office source cited by The Guardian pointed out that as long as “people are dying making perilous journeys we would be irresponsible if we didn’t consider every avenue”.