UK at critical point in the pandemic, warn advisers 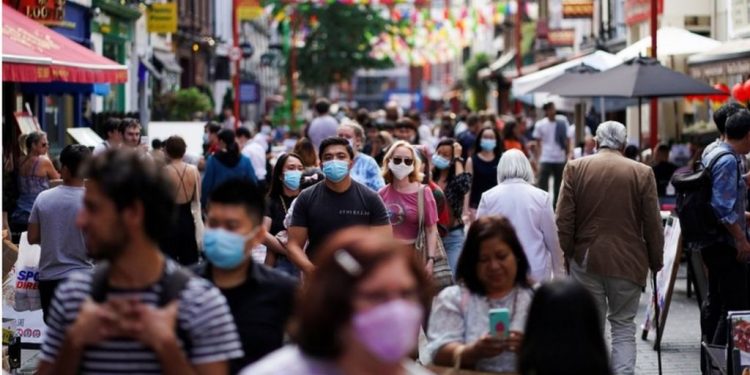 At a snap pandemic briefing Monday, the UK government’s chief scientists warned that the current virus transmission rate could lead to 50,000 new COVID-19 cases each day by the middle of October unless action is taken.

One month later, in November, those cases are expected to lead to 200 deaths each day.

There were 3,899 daily cases and 18 deaths reported in the UK Sunday. The country has seen an exponential rise of infections recently

expected to worsen as regions across the country have gone into lockdown to slow the spread of the virus.

The advisers also said was a balancing act as precarity could also lead to adverse social and health conditions.

Prime minister Boris Johnson is expected to chair crisis talks tomorrow at an emergency COBRA meeting followed by an announcement in the House of Commons.

Whitty said the epidemic is doubling around every seven days, give or take a day either side. If that doubling is allowed to continue unabated, the country will reach the briefing numbers.

“The challenge, therefore, is to make sure the doubling time does not stay at seven days”, said Witty, which he said required “speed” and “action” to bring that down.

“We have — in a bad sense — literally turned a corner”, he saided.

Witty also ruled out that the increase was due to increased testing as there was an increase in positivity across the tests done, across all age groups, aside from young children. Most cases were emerging in young adults, although he says the virus will be passed on to the more vulnerable older population, among whom the morbidity rate is significantly higher.

About 8 percent of the population has been infected with the virus and have antibodies, said Vallance, continuing:

“It means the vast majority of us are not protected in any way and are susceptible to this disease”.