by Megan Marshal
in Europe, Our pick 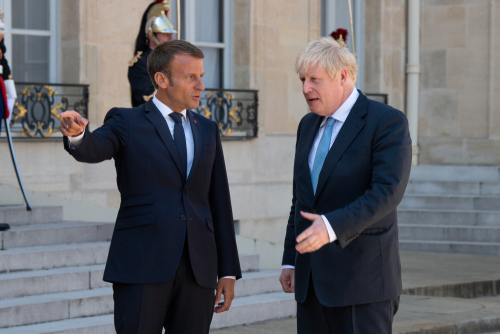 New York (Brussels Morning) There have been many statements of regret and sorrow in France, Belgium, and the United Kingdom over the loss of human life in the Channel. But always, where migration and refugees are the issue, politics dominate

As many as 25,000 individuals are estimated to have crossed the Channel this year in flimsy inflatable dinghies launched from French beaches either land or be rescued off the UK coast. More than 1,000 individuals landed on a single day in November, a record. Although temperatures have dropped to near-freezing and winter is approaching, the tiny boats continue to arrive. On 24 November, tragedy struck when at least 27 individuals perished, including a pregnant mother and many children.

Following that, UK Prime Minister Johnson and France’s President Macron spoke on the phone. A decision to intensify their collaboration didn’t last long. Johnson’s government went public alleging that France was not doing enough to prevent migrants from trying to cross. The French responded by pleading with Britain to focus on the task and refrain from politicising a humanitarian crisis.

Johnson asked Macron to help deploy “modern technologies, such as sensors and radar,” as well “airborne surveillance.” In a note to the French President, the British PM outlined a five-point strategy for resolving the issue – including combined patrols and an agreement to ensure individuals are “swiftly repatriated”. His letter backfired, seemingly enraging Paris and dashing expectations for a united action plan.

The reality is that the Channel migration dilemma is inherently political — on both sides – and that Brexit has made matters worse. Still, officials from the UK administration and law enforcement plan to go to France for discussions in the wake of the migrant crossing crisis.

The incoming German administration, that is about to succeed Angela Merkel, hopes to encourage a more orderly and legal migration process to prevent men, women, and children from risking their lives in sea crossings in flimsy, packed dinghies. Yet Hungary and other central and eastern European countries favour the “fortress Europe” option, wanting the most impenetrable exterior boundaries feasible.

Meanwhile, NGOs, human rights attorneys, along with members of the public are horrified by the tragic loss of life, and, along with much of the French media, are calling out that enough is enough. They demand that France, the UK and other EU member states set aside their differences, pull up their sleeves, and work together to save lives.