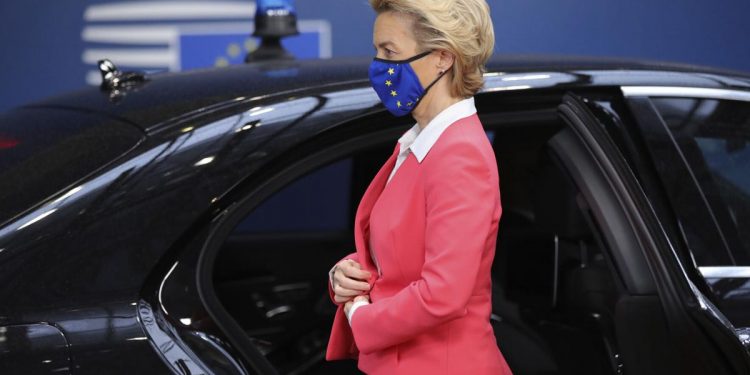 Speaking to each other in a video meeting, they “agreed on the importance of finding an agreement, if at all possible, as a strong basis for a strategic EU-UK relationship in the future”, according to a joint statement.

The talk was not a negotiation but a chance to “take stock” of progress, said von der Leyen.

According to the Financial Times, Johnson was allegedly focused on fisheries, while the EU was more concerned with the need for a “level-playing field” and how the UK’s plans on state aid would pan out.

Both sides are still reportedly preparing for the worst — no-deal — although efforts are being made to avoid such a scenario. The EU summit mid-October is seen as a crunch point for the feasibility of any future trade deal.

EU and UK negotiations have intensified recently, heightening as the end-of-year cessation date for Britain’s access to the single market and customs union draws closer.

Talks are to resume between chief Brexit counterparts, the UK’s David Frost and Michel Barnier from the EU, this week.

Adding to the pressure of a no-deal possibility, tensions have increased by the UK putting its draft internal market bill to parliament, which overrides parts of the previously agreed Withdrawal treaty, considered a breach of international law.

As a result, the EU has initiated an infringement procedure with a letter of formal notice.

In a statement Thursday, von der Leyen said by its very nature, the draft legislation was “a breach of the obligation of good faith laid down in the Withdrawal Agreement” and will contradict the Protocol on Northern Ireland if adopted in its current form.

“As you know, we had invited our British friends to remove the problematic parts of their draft Internal Market Bill by the end of September… The deadline lapsed yesterday. The problematic provisions have not been removed”, she said.

Despite the legal disquiet, relevant parties are remaining upbeat.

In a joint statement, both confirmed: “progress had been made in recent weeks but that significant gaps remained, notably but not only in the areas of fisheries, the level playing field and governance”.