UK and Belarus get in tit-for-tat row 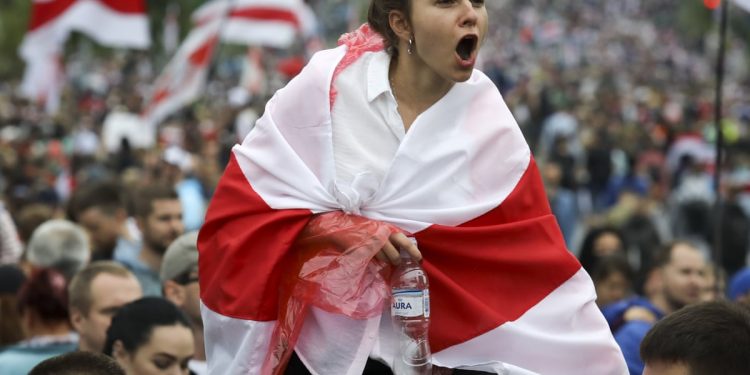 London (Brussels Morning) The UK has responded in kind to the expulsion of two British diplomats from Minsk by expelling two officers from the Belarus mission in London.

Belarusian ambassador Maxim Yermalovich was called to the Foreign & Commonwealth Office (FCO) Tuesday and informed of the decision.

The two individuals, including a military attache and deputy ambassador, were reportedly observing peaceful protests on Sunday before being forced to leave the country.

The UK foreign secretary Dominic Raab said the move was “wholly unjustified”, while defence secretary Ben Wallace called it “a flagrant attempt to divert attention from the growing oppression to free speech and freedoms inside Belarus by the Lukashenko regime”.

Belarus has been rocked by mass protests since Alexander Grigoryevich Lukashenko, the post-Soviet state’s long-standing and only president, claimed the sixth election.

Lukashenko has overseen a harsh crackdown on demonstrators disputing the result with thousands of arrests and the exile of his main political opponent Svetlana Tikhanovskaya.

The UK government has been openly critical of Lukashenko’s regime, known as the last European dictatorship.

Raab has previously referred to findings of the report by the Organisation for Security and Co-operation in Europe (OSCE) detailing fraud and human rights abuses around the election.

The UK has also imposed sanctions on Lukashenko and other key figures in response to the suppression of protests.

In a statement issued by the FCO, the UK government said it has made clear the only way forward is to rerun the electoral process and hold to account those responsible for the violence incurred by opponents:

“We have sent a clear message today to Lukashenko’s regime that their unjustified expulsion of British diplomats has consequences. The UK will continue to hold the Belarusian authorities to account for the rigged election in August and their ongoing use of violence to suppress the Belarusian people”.