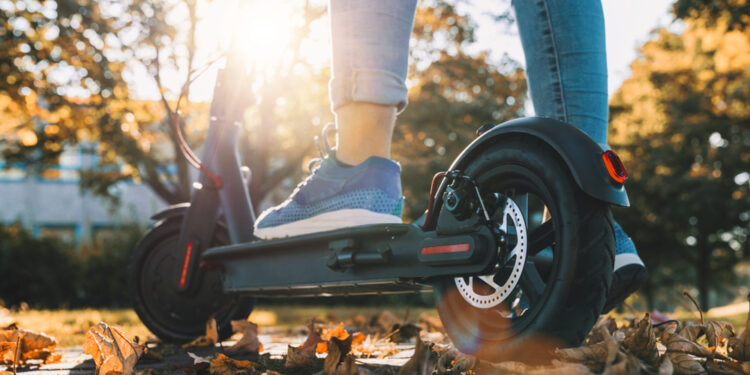 Brussels, (Brussels Morning)- The municipality of Uccle wants to prohibit the parking of shared scooters in the entire municipality. Mayor Boris Dilliès (MR) also believes that the Brussels Region should take concrete measures more quickly. “I’ve been asking for things to be put in order for almost two years now.”

Electric shared scooters are very popular in Brussels. They are a convenient means of transport, but they also present obstacles. There have been discussions about parking the scooters for quite some time now. This is also a problem in Uccle. That is why the municipality wants to ban parking on the entire territory in the near future.

“I have been asking for almost two years to put things right in this situation. It really is a jungle. There are many scooters everywhere. Many users and operators do not care about the fact that a number of pedestrians, especially the elderly, have to slalom the sidewalks,” Mayor Boris Dilliès (MR) told Le Soir.

Responsibility of the Region

Uccle was already working on removing incorrectly parked scooters and there were already drop zones, but that is not enough, the mayor thinks. “It is clearly not the task of a municipality to collect shared scooters, because the users are uncivilised and the operators don’t care at all.”

According to BRUZZ, the Region must tackle this problem. There are not yet any concrete measures regarding the parking of scooters. And that’s right. At the beginning of 2022, the Mobility Committee of the Brussels Parliament approved a majority proposal allowing municipalities to set up parking zones. There are three options: a complete parking ban, free parking with respect for the highway code and without hindrance for road users, and only parking in a drop zone.

The ordinance has already been approved, but the implementing decrees are still not there. Dilliès says that he is therefore looking for the best legal instrument to implement a ban.

Although the legal instrument already exists, says co-initiator Arnaud Verstraete, party leader for Green in the Brussels parliament. “The ordinance has already been approved. It is true that it still needs to be worked out further in the implementation decrees, but every mayor can already get to work on that basis. The implementation decrees will simply ensure harmonisation in the form and enforcement of the drop zones.”

Moreover, Verstraete does not think a total ban is a solution. “Micromobility, such as shared scooters, is part of the mobility of the future. Many Brussels residents use it.”

According to the cabinet of Brussels Minister of Mobility Elke Van den Brandt (Green), the preparation of the implementing decrees takes a lot of time, but the text will be discussed in first reading in September in the Brussels government.

Spokesperson Pieterjan Desmet emphasizes that mayors can already introduce drop zones and receive a regional subsidy for this. The government would also like to take extra measures regarding shared mobility. “There is a government decision in the making where part scooter companies can be fined if their scooters are structurally incorrectly parked,” Desmet adds.