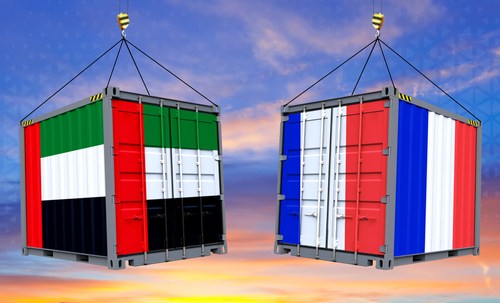 Brussels (Brussels Morning) The United Arab Emirates (UAE) and France are to sign economic cooperation agreements later this week, according to a senior UAE official.

France’s President Emmanuel Macron is to arrive in Dubai on Friday, a visit, the UAE official points out, intended to underscore the intention to strengthen economic and political ties between the two countries, Reuters reported on Tuesday.

Anwar Gargash, diplomatic adviser to the UAE’s president, noted that “this is an excellent relationship and various agreements will be signed.”

Answering a reporter who had asked whether the UAE plans to buy French fighter jets, Gargash observed that he didn’t want “to spoil the Christmas present with the president.”

He did say that after the visit, “the relationship will be broader in different areas”, citing healthcare and technology as examples.

“France is a reliable ally and we see it as an important player in the region”, Gargash said. “We’ve had a consistent relationship with France over four decades… President Macron’s visit will consolidate that”, he added.

Macron is planning a two-day official visit to the Gulf states including Qatar as well as Saudi Arabia, at a time when countries in the region are voicing uncertainty over US plans there and are seeking to purchase more defence technology.

Relations between the UAE and France have improved since Macron became President, with each country investing in the other and France operating a permanent military base in Abu Dhabi.

While the UAE has French Mirage fighter jets, the two countries have been negotiating the sale of Rafale jets for more than a decade.

A French presidential official neither confirmed nor denied an imminent fighter jets deal when asked on Tuesday, but reiterated that the two countries are to sign several agreements during Macron’s visit.

UAE’s plan to buy F-35s from the US has been shelved over Washington’s concerns about UAE’s ties to China and the prevalence of Chinese 5G technology in the Emirates.