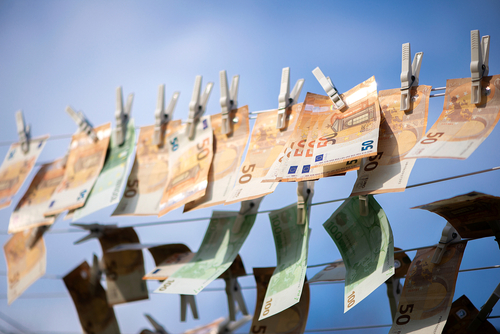 The Financial Action Task Force (FATF), a Paris-based global regulator, is contemplating adding the UAE to its “grey list” in the coming months.

Countries on the list are closely watched “to apply enhanced due diligence, and, in the most serious cases, countries are called upon to apply counter-measures to protect the international financial system”.

The international watchlist currently consists of 23 countries, including Turkey, Syria and Jordan. Two countries, North Korea and Iran appear on the highest-risk list, often called the “black list”. The list is regularly reviewed, Botswana and Mauritius were recently removed and are “no longer subject to increased monitoring”.

According to the Basel Institute on Governance, UAE ranks poorly on an index of vulnerability to money laundering and terrorist financing. Some countries that rank lower are already on the “grey list”, such as Egypt and Morocco.

“Many global regulators require that banks and financial institutions review, if not revise, their risk ratings and associated due diligence measures for counterparties in countries on the FATF list,” said Katherine Bauer, former US Treasury Department official and delegated to the Middle East.

Despite submitting a report, the UAE has not achieved all the requirements set by the FATF to remain off the “grey list.” Officials from the Emirates are expected to visit Paris in early February, to discuss their case further.

In a statement to Bloomberg News, Hamid Al Zaabi, Director General of the UAE Executive Office for Anti-Money Laundering and Counter-Terrorist Financing, said “we are taking this very seriously, having partnered with highly skilled and experienced specialists with a track record in meeting best international practices and standards.”

“The UAE is fully committed to upholding the integrity of the international financial system, which includes working closely with our partners around the world to combat financial crime,” he continued.

According to the FATF website, countries are added to the “grey list” when there are “strategic deficiencies in their regimes to counter money laundering, terrorist financing, and proliferation financing.” Also, they must be “committed to address the issues” in an effectively speedy manner.